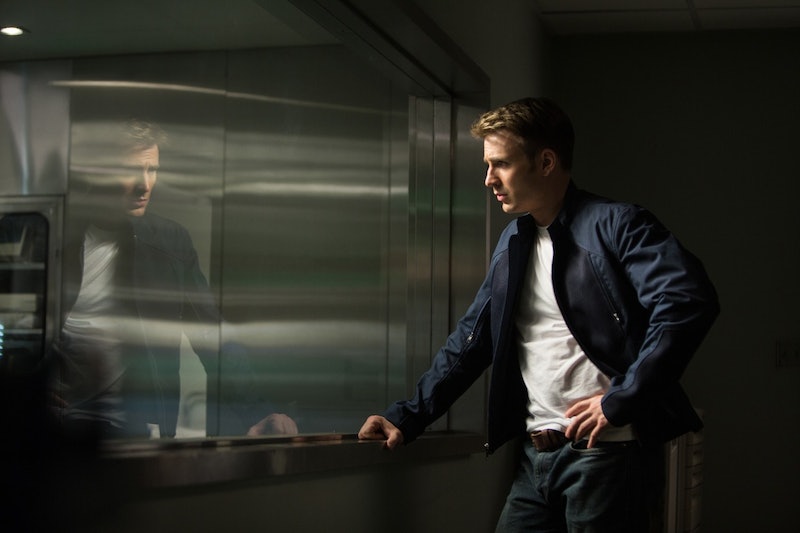 By now, everyone in the world and their dog has seen Endgame after it hit theaters on April, 26. Spoilers for Avengers: Endgame ahead. Now, this might sound like a bit of a stretch, but it's probably not a stretch to say that everyone in the world knows about the highlight of the movie: Captain America's butt — or, as Ant-Man calls it in the film, "America's ass." These 17 tweets about Captain America's butt demonstrate just how excited everyone was that Chris Evans' gluteus was celebrated to the maximus in Endgame.

In its first weekend, Endgame made $1.2 billion worldwide, per CNN, so it's not actually that hyperbolic to say that everyone has seen it. But, just in case you haven't, the reason Captain America/Steve Roger's ass is such a talking point is because of Ant-Man (Paul Rudd). When the Avengers partake in their risky Quantum Realm time-travel endeavor, some of them go back in time to the Battle of New York from 2012's Avengers. Because Ant-Man wasn't there in real life, he was seeing it for the first time and so he was able to appreciate Steve Rogers in a whole new way — more specifically, Ant-Man appreciated Steve Rogers' butt in his tight super suit. Dubbing that physical attribute "America's Ass," Ant-Man spoke for the masses when praising the superheroes' asses. Even Iron Man (Robert Downey Jr.) had to admit that Cap's butt was worthy of more than his 2012 suit. Check out the best fan reactions both to that moment in Endgame and to Captain America's butt in general.