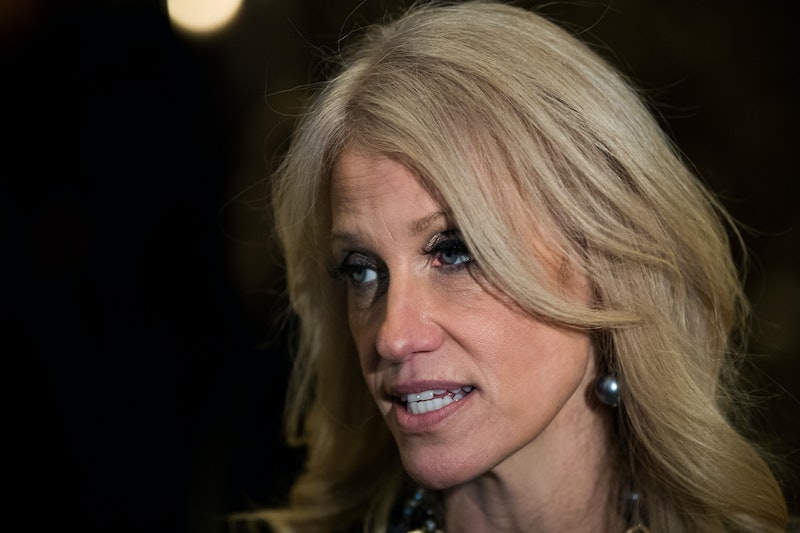 According to Conway, the masterminds of the so-called "massacre" that never happened were Iraqi refugees. “Most people don’t know that because it didn’t get covered,” she told MSNBC’s Chris Matthews during a Feb. 2 interview. The Iraqi refugees Conway mentioned were likely actually two Iraqi men who pleaded guilty to terrorism charges after being arrested in 2011, the Washington Post reported. The men, who ended up in federal prison, had reportedly attempted to send resources to al Qaeda in their home country for the purposes of killing U.S. soldiers, according to a Justice Department report.

Of course, none of this is a good reason for implementing a travel ban on refugees and citizens of seven majority Muslim countries. But, you know. Alternative facts. Here are some of the best Twitter reactions to Conway's Bowling Green massacre story:

Those poor green bowling balls. They never stood a chance.

Someone called the fashion police on House Speaker Paul Ryan and White House Press Secretary Sean Spicer for their ties.

Some people managed to work Trump's strange mention of Frederick Douglass during a Black History Month speech into their digs at Conway.

For anyone who doesn't remember, Manti Te'o's girlfriend never existed. Just like the Bowling Green massacre.

Some people are so generous, donating so much imaginary money to imaginary victims!

And there you have it.

Some were quick to point out that there had in fact been a Bowling Green massacre. Except that it involved football. And no one actually died from it.

Strange. It does kind of seem like the Bowling Green massacre was just made up not so long ago.

I almost want to start a band now just so I can use this name.

Some people try to profit off of everything.

Obviously it happened; the haunted house is closed now.

He was killing bowls... on the green.

Just to be clear, the Sinbad genie movie never happened, even if a whole generation seems to remember it.

This person seems to be tweeting from the grave.

The Sickest Burn Of All

Ouch. Though to be fair, Conway may have lost her credibility somewhere around the time she called blatant falsehoods "alternative facts." Perhaps, the Bowling Green massacre will simply go down in history as yet another alternative fact.