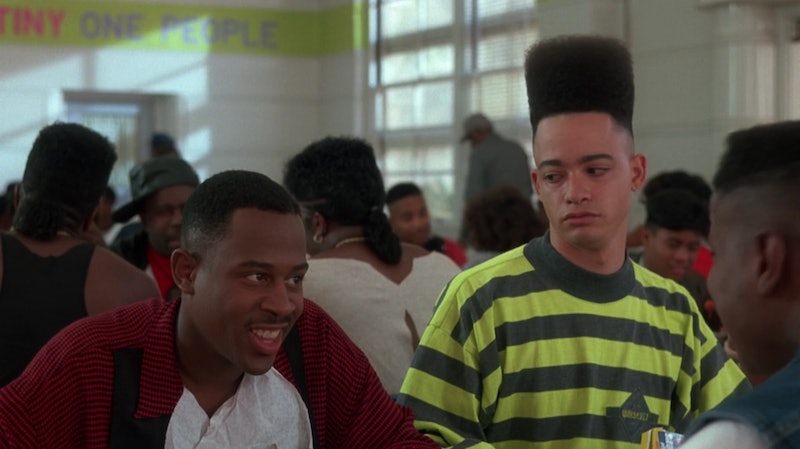 So, you like to think of yourself as something of a '90s movie buff, eh? That's cool, and I don't doubt it for a second. But even the biggest fans of movies from that era might find themselves forgetting about some '90s cult classics that are worth rewatching. I mean, it's easily done. Cult classics generally aren't massive, mainstream movies or successful hits. They're usually a little more offbeat, dark, or nuanced than your average movie. And this can often lead to them being left sorely underrated by audiences, when really they deserve nothing but love.

Sure, let me level with you. Not all of these movies are good. In fact, some of them are downright terrible. But sometimes, bad movies can still be enjoyable for how utterly, beguilingly awful they are. In fact, some of the best cult movies of the '90s are notorious with audiences for this very reason. However, the majority of the films in this list are genuine marvels. They're smart, scary, hilarious, devastating, and fun all in their respective own ways. Crucially, all of them still hold up well to this day.

I highly recommend that you start cooking up some popcorn, getting some beers nice and frosty, and prepping the comfiest seat on the couch — you're definitely going to want to have a movie marathon of these '90s cult classics immediately.

Not only is this film seriously underrated, but you're also definitely going to want to check in with it in time for the new season of Twin Peaks (starting May 21).

Jawbreaker is getting the TV show reboot treatment that audiences deserve, which makes this the best time ever to check back in with this amazing, dark comedy.

In my humble opinion, Welcome To The Dollhouse's Dawn Wiener is one of cinema's greatest, most tragic, and funniest protagonists ever. And this supremely dark comedy, which draws humor from the horrors of adolescence and suburbia, is as horrifying as it is hilarious.

It's as simple as this: Lori Petty is an absolute boss and so is Tank Girl — the character that she portrays in this offbeat movie based on the cult comic book series.

A powerful, sprawling epic set between 1969 and 1973, Dead Presidents focuses on economic turmoil, African-American rights, and the horrors of the Vietnam War. And it's so worth revisiting right now.

This is Parker Posey at her absolute best, you guys. Playing a character who hosts parties at her house in order to pay rent, she makes the movie an absolute blast. And mercy, I still want every item from her closet.

It's Janet Jackson and Tupac Shakur in a movie together. What more could you possibly need?

Renowned for being the silliest of all the Evil Dead movies, this sorta medieval zombie-comedy-horror is perfectly ludicrous and makes for a great Saturday night viewing.

It's basically a '90s fairy tale with a dark, bitter edge. And our princess, Alabama Whitman, isn't content with simply being saved by her prince. She actively fights back and saves herself, too.

Let me be totally honest with you about this one: There isn't a single moment in Spice World that makes any sense. Not one. But man, is it fun.

A film so bad that even the director apologized for it. But that's not to say that Batman & Robin isn't still hugely enjoyable — even if that's for all the wrong reasons.

Starring Seth Green and Devon Sawa, Idle Hands is a goofy teen horror that is so unbelievably endearing that I simply cannot say a bad word about it.

You may have watched this Ethan Hawke movie when you were younger and found it too boring to continue. But this severely underrated science fiction film exploring eugenics and social class is actually smart and compelling and definitely worth a rewatch.

Trust me on this: You definitely want to rewatch the movie that birthed the "bye Felicia" meme. It's aged tremendously well.

If you're not already obsessed with the Before trilogy, then I implore you to watch Before Sunrise and just fall in love with it already. It's a dreamy, intelligent masterpiece.

Easily one of the best kids and most unique kid's movies of all time. Seriously, rewatch it, because it's still just as much fun as it was when you were a child. I promise.

For the dance-off sequence alone, this movie is worthy of a rewatch. But from start to finish, it's also just utterly infectious with a booming soundtrack and some perfect nostalgia to the (hopefully) riotous parties of your youth.

If you recently found yourself swooning for Timothy Olyphant in Santa Clarita Diet, then you definitely need to watch Go to enjoy one of his first major roles. It's basically where my own Olyphant obsession began, and it's for a very good reason. But all Olyphant love aside, it's also just a pretty good movie, folks.

This list is only 18 movies, guys. That's like, a very long weekend's worth of a cult movie party. You can do it. I believe in you.

More like this
The 'Hocus Pocus' Sequel Finally Has A Release Date & It Makes Total Sense
By Shannon Barbour and Radhika Menon
Hayden Panettiere Will Return For 'Scream 6': "We F*cking Won, Scream Fam"
By Jack Irvin and Jake Viswanath
Amanda Seyfried Reflects On 'Mean Girls' & "Gross" Remarks That Men Made After It
By Jake Viswanath
Cameron Diaz Just Recreated *That* Iconic 'There’s Something About Mary' Scene
By Rachel Mantock
Get Even More From Bustle — Sign Up For The Newsletter