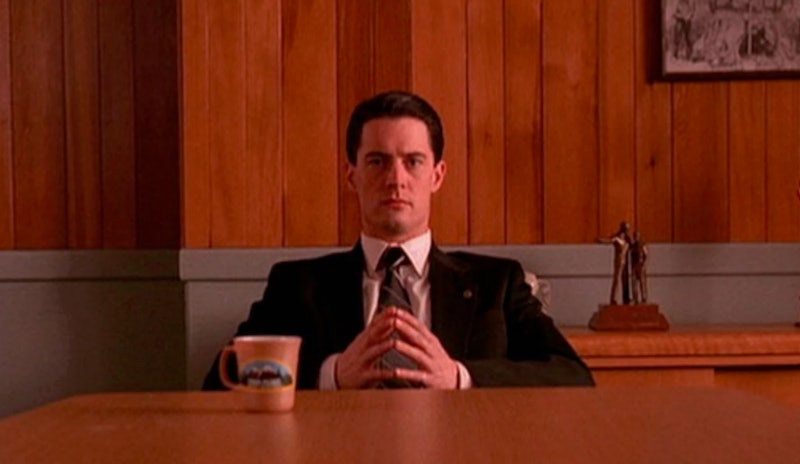 If this news was a caffeinated beverage, it would be a damn fine cup of coffee: Showtime's Twin Peaks revival finally has a premiere date. According to Deadline, Showtime president David Nevins announced at TCA that the long-awaited followup to David Lynch’s series will debut on May 21, 2017. The two-hour premiere will air at 9 p.m., and the third and fourth episodes will be made available on the network’s digital platform later that evening. The rest of the season will air on a weekly basis. So uh, mark your calendars, cradle your logs, and inhale your donuts accordingly.

Nevins also revealed that he has seen all 18 — yes, 18 — episodes of the forthcoming season, and promised viewers that they can look forward to “18 unforgettable hours” of television. I am so ready for all 18 unforgettable hours, whatever those 18 hours may entail. Could not be more stoked to hang out with Agent Dale Cooper and Co. again. At this point, I would be happy with an 18-hour-long remake of Fire Walk with Me. I am not kidding, either. I've missed the Twin Peaks universe that much.

In the meantime, here is Lynch's Gordon Cole chowing down on a breakfast pastry:

When asked if fans can look forward to a second Showtime Twin Peaks season, Nevins reportedly did not shut this down entirely, but he did say the forthcoming season “is designed to be close-ended, one-time event.” Quick, someone ask a clairvoyant piece of tree for the answer.