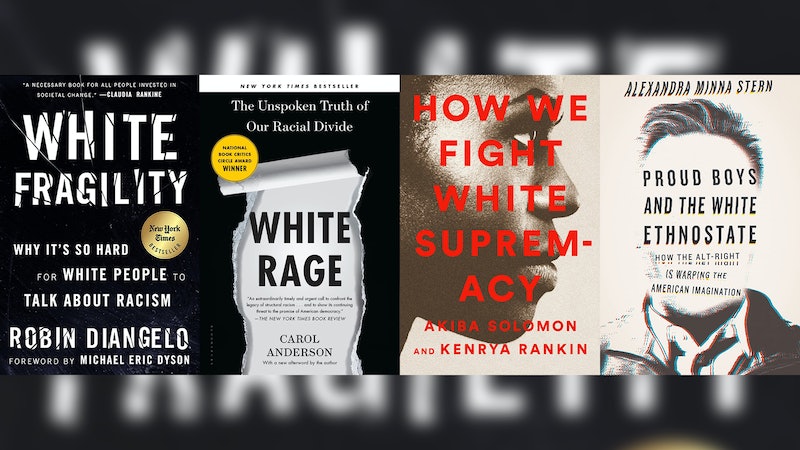 The United States is in the midst of a domestic terrorism crisis. I've picked out 19 must-read books about white supremacy and white nationalism, which should help you understand why racist violence is such a huge domestic threat, and how to combat it.

Although the U.S. was founded upon, and has been governed by, the ideals of white supremacy, white nationalists are a threat to life in this country. In the aftermath of the weekend mass shootings in El Paso, TX and Dayton, Ohio, white nationalists took to social media to laud the El Paso terrorist as a "saint," and to promote his ideas and actions. On its Hatewatch blog, the Southern Poverty Law Center reported that some were praising the El Paso attack as an act of "accelerationism" — or "the belief among some far-right extremists that committing acts of terrorism will cause society to collapse," providing the "opportunit[y] to build a country for only white, non-Jews."

Hate crimes rose nine percent over the last year, according to the Center for the Study of Hate and Extremism, and researchers at the University of North Texas found that "counties that had hosted a 2016 Trump campaign rally saw a 226 percent increase in reported hate crimes over comparable counties that did not host such a rally." The rise of the so-called Trump Effect has been charted by numerous groups, including America's Voice. Popular opinion holds the White House's rhetoric responsible for white supremacist attacks like the one in El Paso. It's time to get educated and take action.