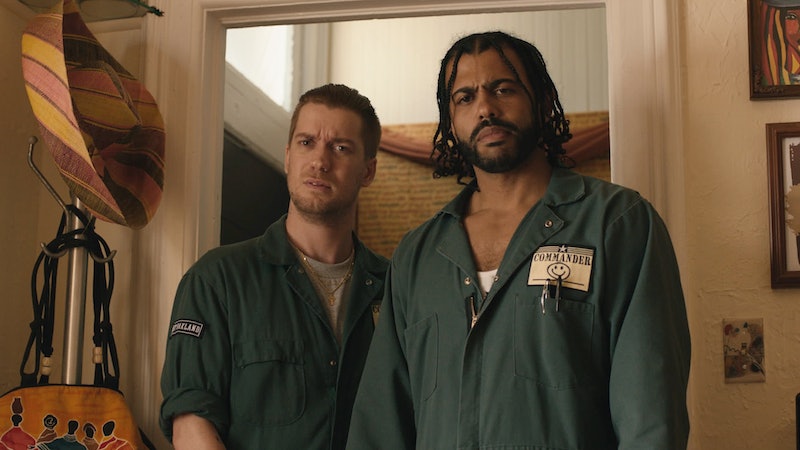 As fun as huge Hollywood blockbusters can be, sometimes they just aren't your cup of tea. And when you need a break from all those major movies, take a deep dive into the indie film world instead. Indie movies have always expanded the ways stories have been told on-screen, tackling unique tales and alternative culture with fearlessness. Recent indie films like Moonlight, Lady Bird, Get Out, and Foxtrot have served as strong reminders of just how great independent cinema can be, and there have also been plenty of great indie movies out summer 2018 that you might've missed. Whether you're an avid viewer or a new explorer of the genre, here are 19 recent and upcoming indies that you should watch in-between all those huge blockbusters.

There is plenty of variety in the independent film world, from coming-of-age stories to dark comedies. All 19 movies on this list are worth checking out, especially if you want an idea of what flicks might become big players in next year's awards season. Some of these films were released by studios but were initially independent projects, while others were straight up grassroots productions; either way, watching these indies is the perfect way to get a break from Hollywood's big-budget flicks, as fun as those may be.

A young woman (Jessie Buckley) falls for a man who enters her small town and encourages her to escape her oppressive family. But the tables turn when suspicions arise that he has committed multiple murders. Beast came out on May 11.

An estranged, pot-dealing father (Christopher Plummer) takes a 1,400 mile road trip with his daughter Laura (Vera Farmiga) from Texas to California — talk about an awkward way to bond. You can watch Boundaries in select theaters.

A young pioneer (Robert Pattinson) makes it his mission to travel across America to marry the love of his life, but in the West, he soon finds out that everything isn't what it seems. Damsel is out in select theaters.

Released on May 11, The Day After is about a married woman who finds a mysterious love poem written for her husband. She automatically believes it was written by his new secretary. Yikes!

This movie follows a soccer player who comes to the United States undocumented and struggles to bring his pregnant wife over from Mexico. En el Septimo Dia is out in limited release.

Jen (Matilda Anna Ingrid Lutz) goes on a romantic trip with her boyfriend (Kevin Janssens), but when two of his friends arrive unannounced, the trip goes south. Jen is left for dead, but she soon finds her revenge. Revenge is available on Google Play and YouTube.

This documentary follows the success and life of the extraordinary children's educator Mr. Rogers. Won't You Be My Neighbor? is playing now in select theaters.

A father and daughter live in a forest near Portland, Oregon, without making much contact with the outside world. But a small mistake makes authorities zero in on their unusual lifestyle. Leave No Trace is in theaters now.

John Callahan (Joaquin Phoenix) enters rehab for drinking, where he finds out that he has a gift of illustration. He soon becomes more optimistic about his life when his newspaper cartoons gain a national following. Don’t Worry, He Won’t Get Far on Foot is in select theaters.

Ah, the woes of being a preteen in the awkward phases of middle school. Eighth Grade follows a young girl named Kayla (Elsie Fisher) who is trying to find her identity in a world of social media. This coming-of-age film is in select theaters.

A theater director gets concerned when the star of her new show takes the role to a whole new level. Madeline's Madeline hits theaters August 10.

Sorry to Bother You is a satire about the racial dynamics in workplace culture, following a Black telemarketer (Lakeith Stanfield) who uses a white voice to improve his business. You can catch this film in theaters now.

This movie follows a Congolese coal salesman on his journey across a grueling landscape to support his family back home. Makala is set to hit select theaters on August 24.

Out August 31, The Little Stranger takes place in 1948 and tells the story of a doctor (Domhnall Gleeson) who visits a family being haunted in a home called Hundreds Hall.

From dramas to comedies to thrillers, these indie films all deserve your attention this summer.