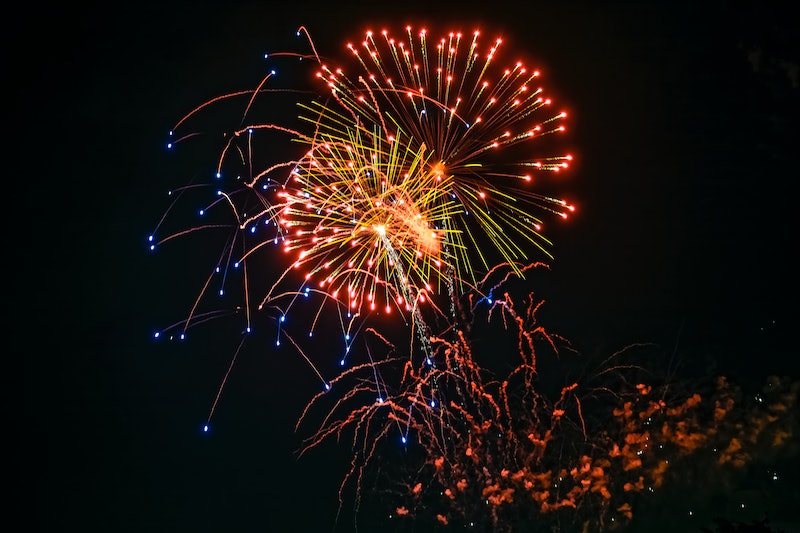 The Fourth of July is almost here, and that means one thing: fireworks photos on Instagram. OK, it also means Independence Day, and socially-distanced barbecues, and time off work, but let's be real: you're here because you want some punny Fourth of July Instagram captions. And honestly, I don't blame you — it's rough out there on that caption block. With everyone in your feed posting essentially the same thing at the same time, it's going to be hard to stand out. Personally, I think the best way to stand out is to make people laugh. And while the Fourth of July isn't exactly ripe with comedic opportunities, with a little bit of imagination, there's always room for a good pun.

Thanks to my unique job description that allows me the time and resources to uncover a vast selection of rare and unique patriotic puns, I can help you out with that. Pair your epic fireworks photo with one of these puns and watch as the likes roll in. Pro tip: instead of taking photos of fireworks, take a video and then go through that footage and take screenshots of the moments you like best. This will reduce blur and also give you way more to work with — even if they were taken from your window. Happy Independence Day, and may these punny captions bring you lots of likes.

A flare for the dramatic.

Red, white, and my crew.

A battery and a firework were arrested. One was charged, the other let off.

Come on baby, light my fire.

Oh say can you sea.

America has been spilling the tea since 1773!

Four score and seven beers ago...

I American’t even right now.

Girls just want to have sun.

We didn't start the fireworks.

Independance the night away...

Which colonists told the most jokes? Punsylvanians.

What did one firecracker say to the other firecracker? My pop’s bigger than your pop.