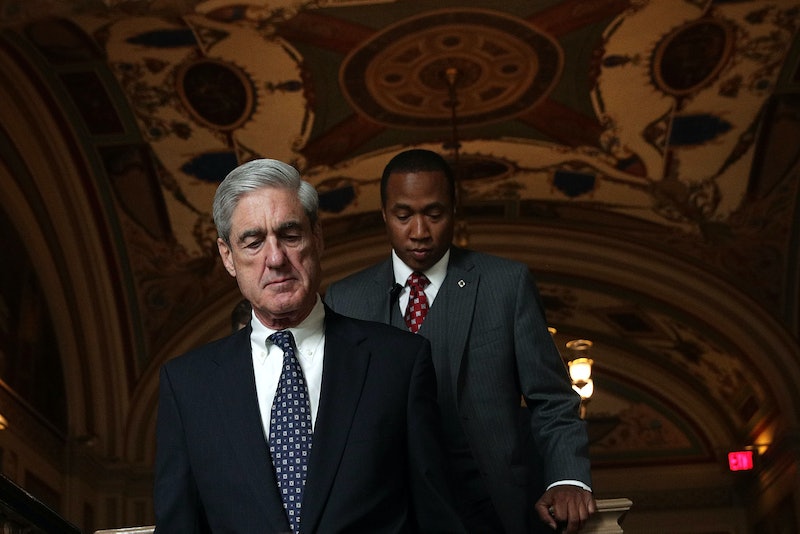 News that Special Counsel Robert Mueller's long-anticipated Russia report had finally landed on Attorney General William Barr's desk after nearly two years of scrutiny sparked a flurry of reactions Friday from politicians eager to take on President Donald Trump in the next presidential election. But although Mueller's report is wrapped, it might never be made public — much to some politicians' chagrin. Indeed, calls for transparency dominated 2020 presidential candidates' reactions to Mueller's report dropping.

Barr notified lawmakers that he'd received Mueller's report on Russia's alleged meddling in the 2016 presidential election in a letter sent Friday to the top members of Congress' two judiciary committees. However, the attorney general has yet to provide lawmakers with a summary of Mueller's report, writing that he may be able to advise them of the report's "principal conclusions" as early as this weekend.

He did note, however, that there had been no instances in the entirety of Mueller's investigation where the attorney general had felt that a proposed action by a special counsel was so inappropriate or unwarranted that it should not be pursued.

In his letter to lawmakers, Barr asserted that he was "committed to as much transparency as possible" and would therefore discuss what parts of the report could be released to Congress and/or the public with both the special counsel and Deputy Attorney General Rod J. Rosenstein. The majority of the Democratic 2020 presidential candidates have urged the attorney general to make the full report public.