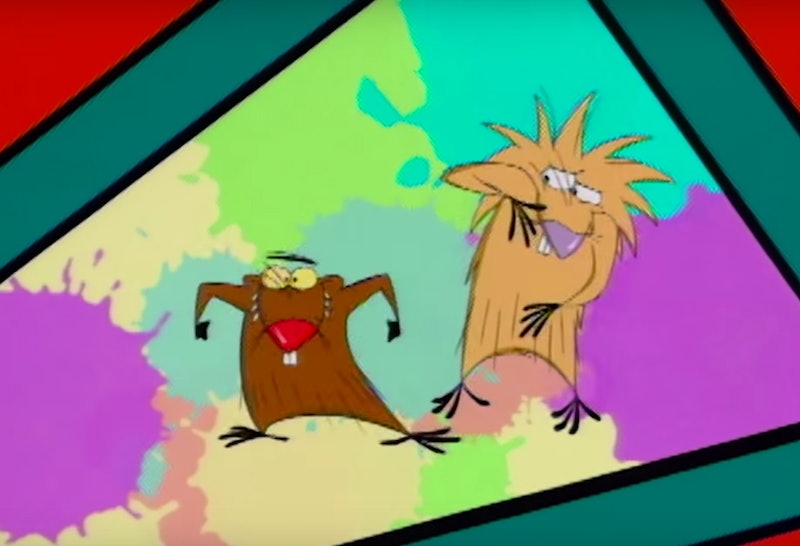 Sure, I may be biased. And sure, by “I may be biased” I mean “I was a youth in the '90s, I fell in love a whole bunch of cartoons in the '90s, and I am most certainly biased.” However, if I were to switch out my regular eyeglasses with a pair of objective lenses, plop down in front of the tube, and flip on the best animated shows the ’90s had to offer, I am certain I would be like, "Yep, this era of cartoons rules." As a matter of fact, I would bet a Tamagotchi Angel, a canister of pizza-scented Smell My Gak, a mint condition 13 Dead End Drive board game, and a Puppy Surprise plush dog on it. The toons are just that good.

Here are just a few of the '90s cartoons that cannot be denied:

Still waiting for my acceptance letter from ACME Looniversity.

Such a delightful program, dontcha know.

I love this show as much as Angelica loves Cynthia.

Marsupilami’s tail is the eighth wonder of the world.

I think of Ickis, Krumm, and Oblina every Super Bowl Sunday.

If I had to rate my Animaniacs adoration on a scale from one to 10, I’d give it a bologna in slacks.

Hot take: Ed Bighead is one of the most underrated TV villains of all time.

Before Gargoyles, I did not know that stone statues were so aerodynamic. This show really opened my eyes.

A toon that celebrates the best part of the school day? This sure doesn’t whomps.

You know what pairs nicely with Doug reruns? A tall cold glass of beet juice.

Mark Hamill’s Joker. That is all.

A great book series, a great meme series, and a great TV series.

Bow down to the queen of the misanthropes.

The most charming semiaquatic rodent brothers you ever did see.

This toon finally answers a question that gnawed at humankind for centuries: What if sharks had legs and could live on land?

You know who Dexter would (probably) get along with?

The internet is a heck of a thing, eh?