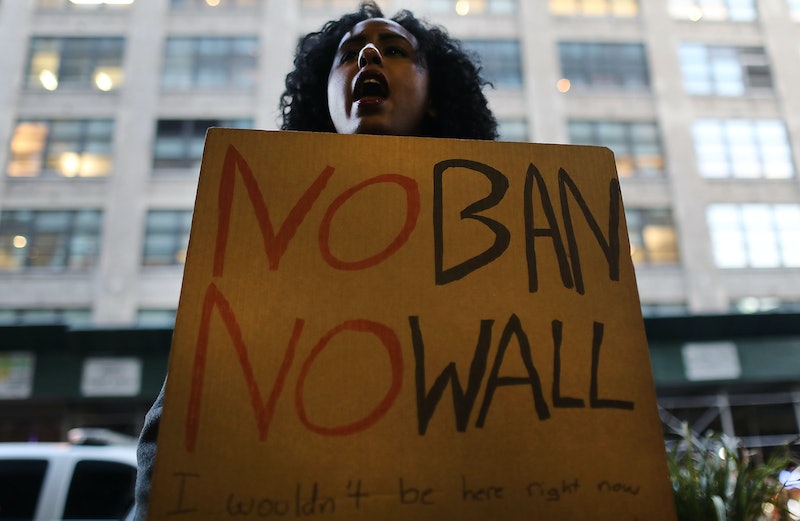 There's already a victim of President Donald Trump's deportation order, and she's a mother of two from Arizona. Guadalupe Garcia de Rayos has lived there for the past 22 years, and both her children are U.S. citizens. Despite that, she's likely being sent back to Mexico, where she came from at the age of 14. Until just a few weeks ago, Immigration and Customs Enforcement (ICE) wouldn't have focused on her for deportation because she's not a violent criminal. But now Trump has changed that. These 21 "Guadalupe Garcia" photos and videos show you how to resist Trump's deportation orders.

Garcia de Rayos had a biannual meeting at ICE Wednesday, a routine thing under Obama. But because of Trump's order, activists were worried something could go awry. So they showed up with her. Then came the news that she was being taken into custody. Her kids were there. Jacqueline, her daughter, told The New York Times, "The only crime my mother committed was to go to work to give a better life for her children." And then she and her brother showed the rest of us Americans how to resist. They stood in front of her deportation van and tried to block their mother's transfer. These photos and videos show how to resist.