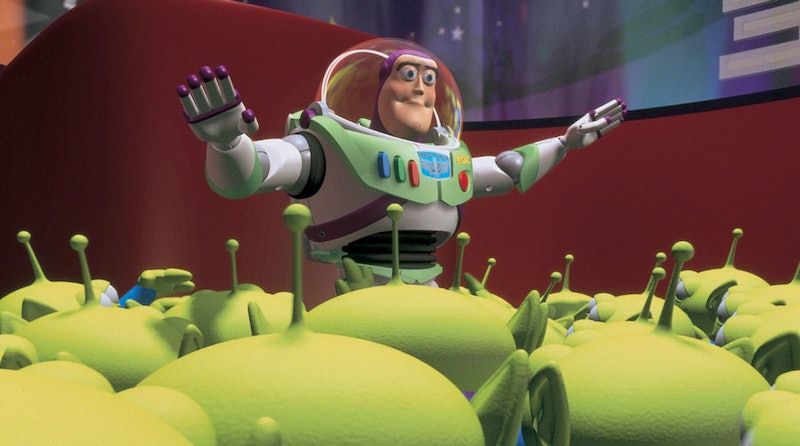 There was nothing like getting to school and finding out that you had a substitute teacher. It only meant one thing: a break from regular programming. When you were a kid, sometimes having a sub even meant that you'd get to watch a movie during class instead of actually working. It was less of a hassle for the sub and your regular teacher, not to mention the class. The movies you watched on low-key elementary school days could be a treat, or sometimes they'd be hiding a lesson plan and would be followed up by an essay assignment. Even if that happened, the experience itself still felt like a bit of a freebie, which why these nostalgic films you watched when you had a substitute teacher are definitely worth rewatching.

Maybe the instructions were to show your class something that was secretly educational. Maybe it was something calm and relaxing to ensure that everybody behaved. Or maybe your teacher was seriously cool and just thought you all deserved a day of fun. Whatever the selection, there was nothing like that moment when the lights would go down and you knew that you wouldn't have to answer any questions or read aloud in front of everybody for the duration of the class period. Give yourself a break today and revisit one of these nostalgic gems.

This movie was a classroom classic. Teachers definitely loved showing Charlotte's Web, especially if the class already read the book.

Old Yeller was the one movie I vividly remember my substitute, mostly being inconsolable when (spoiler alert) Old Yeller gets bit by a wolf.

A magic carpet ride was always twice as magical on a day when a substitute teacher was there.

This movie made recess time even more imaginative. I mean who wouldn't love to play in a secret, forbidden garden?

Did anyone else cry when they realized that they couldn't have a whale as a pet?

I honestly think the musical selections are what made teachers keep this film in rotation. Students couldn't help but get focused when Simba started singing.

7. The Secret Of Nimh

The Secret of Nimh is an animated film that follows a widowed mouse Mrs. Brisby, who must move her children out of their home in a field before the local farmer starts plowing — heavy stuff.

8. The Sound Of Music

I think I must have watched this film at least six times in elementary school. Julie Andrews, the beautiful countryside, the love story, and an exciting escape made this one a classroom classic.

For all the music teachers out there, this film about star-crossed soulmates always delivers.

11. The Diary Of Anne Frank

You read about her in class, so of course this dramatized adaptation of Anne Frank's story was part of the curriculum.

Getting classroom full of kids quiet was as easy as turning on this movie.

This movie and Ms. Trunchbull really made you appreciate all those nice, wonderful teachers you had.

This one was a Journey, and an emotional one at that — especially for kids with pets.

Shia LaBeouf's first starring role in a feature film had all us crushing.

The story of the little pig that could was a tearjerker for the kids and the staff.

Never growing up seemed like a pretty good option back then.

Flik is an inventive ant who's always messing things up for his colony. This one probably made you feel a bit more industrious.

Balto was all about a brave wolf-dog hybrid who risks his life to rescue a community by delivering a medicine that will cure the whole town. What a brave little guy!

Holiday season is also flu season, so if your teacher called out that meant popping in a classic like this one. A man named Kris Kringle fills in for an intoxicated actor in Macy's annual Thanksgiving Day parade, then insists that he is really is Santa. He's taken to court to figure out the truth.

It's the movie that made us all believe that animals could raise a human child and everything would turn out just fine.

It was usually back to work the next day, but these classroom movies were always a welcome surprise. It's hard work being a kid.