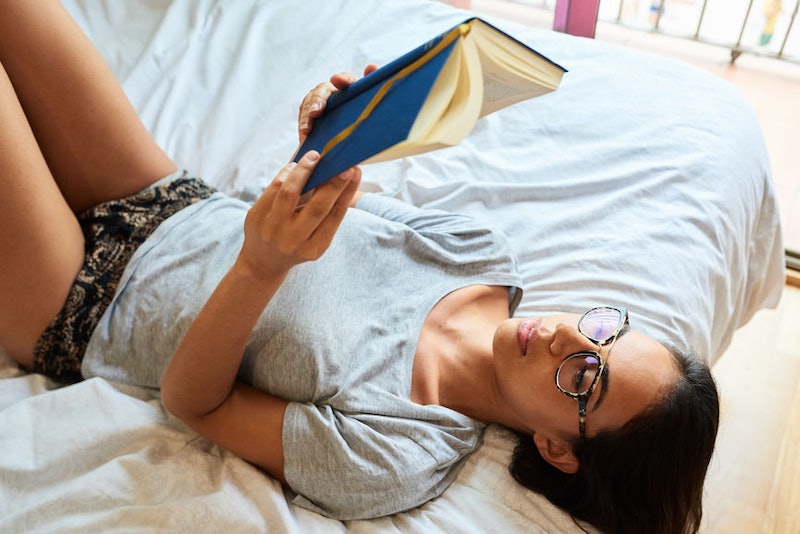 June is the month to celebrate LGBTQIAP+ pride, so why not kick off your summer with some fantastic, themed reads? For the list below, I have collected 21 poems by queer poets for you to read this Pride month, so why not pick up an anthology or two to inspire your summer?

In 1969, after a club called the Stonewall Inn was raided and its patrons arrested, LGBTQIAP+ individuals New York City's Greenwich Village rioted against state efforts to police and prosecute their community. The events would come to be known as the Stonewall Riots, and we have queer, trans women of color — particularly Marsha P. Johnson and Sylvia Rivera — to thank for leading the charge in protest of anti-LGBTQIAP+ politics. Every year in June, in commemoration of what went down during that fateful week in 1969, we celebrate how far the queer community has come with Pride Month.

Pride celebrations are about loving yourself and your community, and about showing kids who are in the closet or questioning their sexuality that being queer is a joyful, wonderful thing. Not all of the poems by queer poets on the list below are as jovial as a Pride parade, but every one of them will make you feel something, whether that's righteous fury, elation, or sadness.