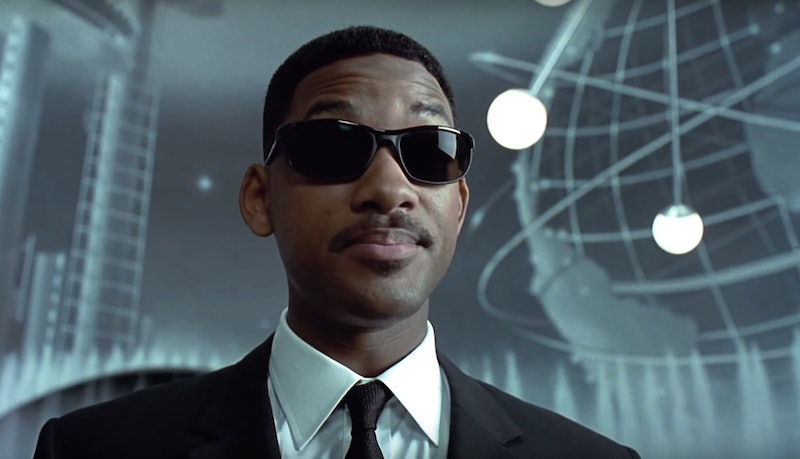 Sci-fi movies can be pretty dark. Especially when they're set in dystopian worlds, the ideas brought up in sci-fi films about how the future could play out have the potential to really bum you out. But, if you like science fiction movies, but are in the mood for a lighter story or the guarantee of comic relief, there are fortunately plenty of funny sci-fi movies available to stream online.

Some of the movies listed below are specifically sci-fi comedies. Back to the Future, for example, is full of jokes, but the story itself is about time travel. There are also the Men in Black movies, which are definitely comedies, but are also action movies about aliens.

Some "funny sci-fi movies", though, aren't really comedies but still include a comic element, either because they're children's movies or perhaps because they aren't really supposed to be as funny as they are.

There are a ton of places to stream movies online these days and a ton of variety of each of those sites, so here are 22 humorous sci-fi movies to choose from. Hopefully, none of them will leave you feeling too down about the state of of the world. (Except WALL-E. WALL-E might do it.)

1. The Hitchhiker's Guide To The Galaxy

The Hitchhiker's Guide to the Galaxy is a 2005 movie based on the franchise created by Douglas Adams. It stars Martin Freeman as a human who quickly finds out that aliens are very real and that his best friend (Mos Def) is one, too.

Another funny take on aliens, the first three Men in Black movies starring Will Smith and Tommy Lee Jones are available to stream online. (The fourth movie, Men In Black: International, will hit theaters June 14.)

This movie is known for being ridiculous; although if you actually are an arachnophobe it would still be pretty disturbing.

Streaming on Netflix. Rent on Amazon or YouTube for $2.99.

This Netflix original is about a technology averse girl who befriends a robot and their attempt to save the world together. It's not a straight up comedy, but being a kids' movie, it does have comedic parts.

Similarly, there's WALL-E, which is also about a robot. Some of it is a bummer in that very Pixar-y way, but it also has its funny moments.

All three Back to the Future films can be viewed online, but if you'd rather just go back to the future once, that's your call.

Whether you want to go for the '80s originals or for the 2016 all-lady remake, all three Ghostbusters films are available for streaming.

Rim of the World is a newly release Netflix original about four kids at a summer camp who end up battling aliens. It's not a comedy exactly, but has some comic relief thrown in there.

The Fifth Element is also not a comedy exactly, but it is over-the-top and funny for some reasons that are on purpose and some that maybe aren't.

Are superhero movies sci-fi? That's debatable, but there are a couple recent ones that lean more that direction, are funny, and are available for streaming. First, Thor: Ragnarok, which changed the vibe of Chris Hemsworth's Avenger to be more comical.

Streaming on Netflix. Rent on Amazon or YouTube for $2.99.

Next up, there are the two Guardians of the Galaxy movies, which, are also purposely witty superhero movies, and sci-fi because they take place in outer space and include alien characters.

This cult movie from Tim Burton stars basically everyone and is about exactly what it sounds like.

Lastly, we have the Honey, I Shrunk the Kids series, movies which are clearly about different scenarios involving kids and parents accidentally shrinking or becoming giant. (The last film also taught a generation of kids to eat a banana if they feel weak.)

Rent on Amazon or YouTube for $2.99. Stream Honey, I Shrunk the Kids on HBO Now.

When you've had enough of dour sci-fi, watch these movies, which inject some fun into the sometimes overly serious genre.