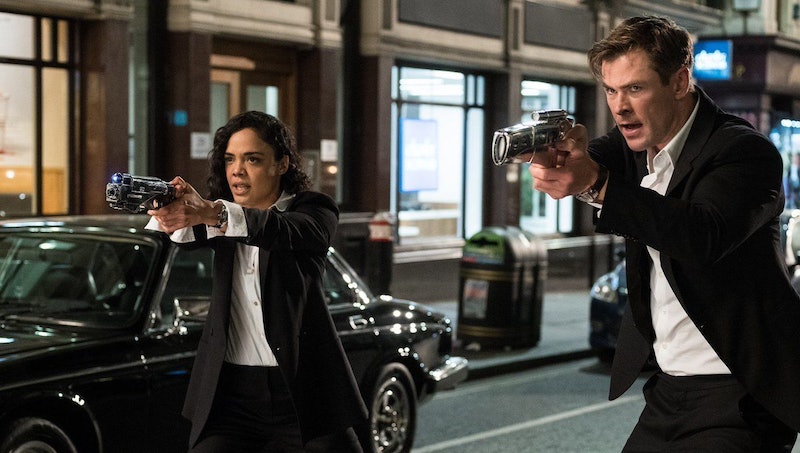 Summer is right around the corner, and with it, those big, blockbuster movies that drag us out of the heat and into air-conditioned theaters to chug some soda, munch some popcorn, and take in a tentpole. The sci-fi movies coming out in summer 2019 star some big names and come from big studios. While the spring has offered up avant-garde, heady sci-fi like the Robert Pattinson space drama High Life, the genre's offerings for the coming season are all about size, scale, and impact.

But despite the fact that all of the following movies seem like huge, epic stories, it feels like there's a bit of a dearth of science-fiction movies heading to theaters this year in general. 2018 brought us some genre greats, such as Annihilation, A Quiet Place, Avengers: Infinity War, and Sorry to Bother You. The Avengers came through with Endgame, but let's hope that, by the end of the year, 2019 has lived up to the year before.

So let's see what's coming up next. The season starts out right after Memorial Day weekend, with big monsters battling it out. Continuing on through the summer there are more mutants than we can count, international aliens, superheroes, and a world without — gasp — the Beatles.