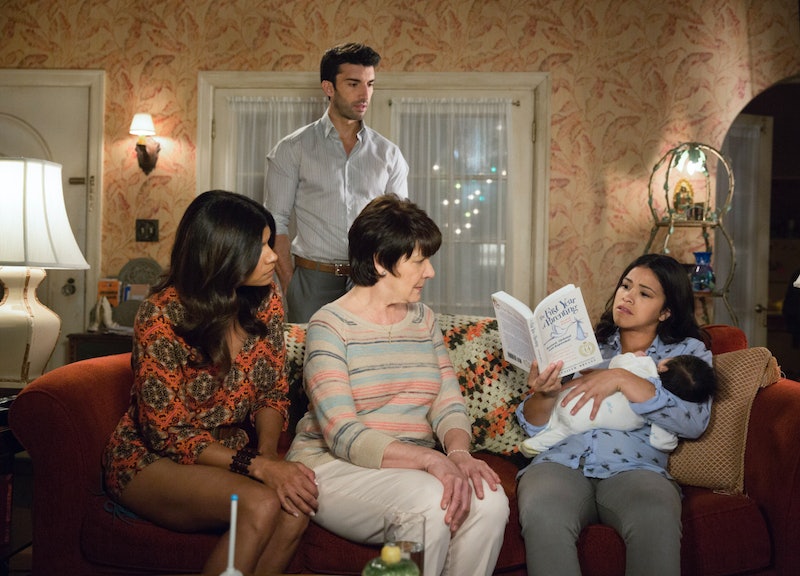 All good things must end — even endlessly charming telenovelas like Jane the Virgin. A lot has changed for our titular heroine since the series premiered on The CW back in 2014. Jane has had a child, reunited with her birth father, written two novels, gotten married, dealt with losing Michael, recovered from encountering a very-alive Michael, and decided to remain with her Baby Daddy, Rafael. And those are just the highlights. Jane the Virgin has always been about the family unit, which is why Alba, Xiomara, Mateo, Rafael, and now Jorge are just as important, too. But for those fans who are a bit fuzzy on the details, here are the best Jane the Virgin episodes to watch before Wednesday's series finale.

The series has covered tons of narrative ground since our spunky protagonist was introduced as a young twenty-something about to have the surprise of her life at the gynecologist's. And since Jane is a telenovela, there are plenty of "will-they, won't they"s, secret twins, fake deaths, real deaths, break-ups, and make-ups, but it's still shocking to see the rollercoaster of events laid out one after another. And while it's unreasonable to rewatch every episode before the series finale on July 31, here are some of Jane the Virgin's highlights that fans can either revisit or just brush up on here.