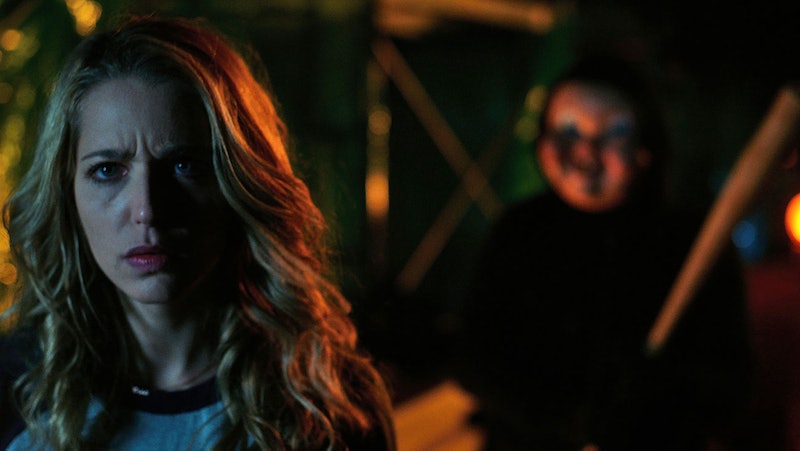 Scaredy-cat. Coward. Wuss. If you're one of the many people who take no joy in watching blood splatter or struggle to appreciate the craftsmanship behind a well-executed head explosion, you've likely heard these names before. Nothing seems to spoil movie night faster than a friend with sensitive soul objecting to chainsaw guttings, but isn't it strange that a group of people plopping themselves together to revel in bloody death is considered the norm? But we're not here to weigh the merits of gory genre filmmaking, we're here to help everyone have a good time! To that end, here are 24 fun slasher movies for people who are easily scared.

There's absolutely nothing wrong with cringing at people being dismembered or strangled. It's horrifying, that's why it's called horror. But just as some people get a thrill from riding a roller coaster, reveling in their relative safety while enjoying the speed and jostle, some people find watching ludicrously over-the-top ways to dispatch humanity cathartic, in spite of — or perhaps especially — in light of how awful the actual world around us can be.

The films on this list mostly shy away from, shall we say, more creative ways of cutting folks up, but they retain the core thrill of a mystery murderer coming for others while you watch omnipresent and safe. Some of the films, like Murder By Death, Scream and The Old Dark House, poke knowing fun at these tropes, reflecting back what draws people in to these films in the first place. There's no shame in being scared, but it's also no reason you have to avoid the fun.