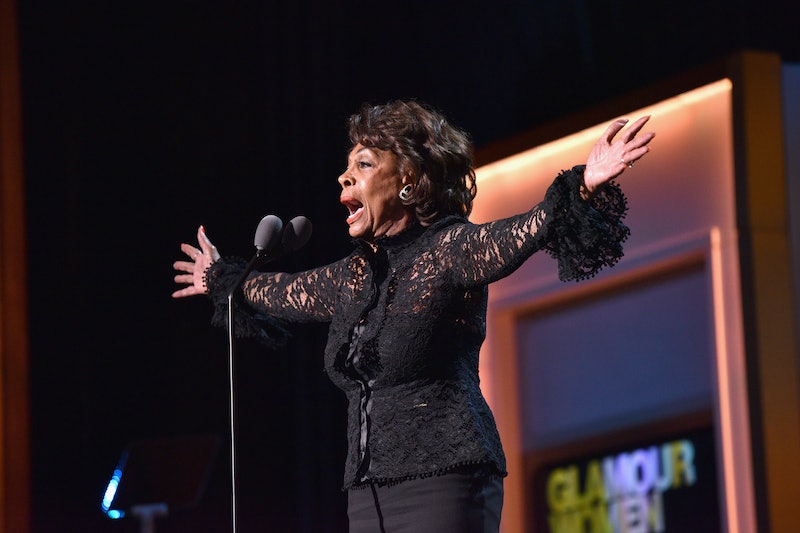 The second annual Women's March is happening in Las Vegas, Nevada, on Jan. 21, and many other cities throughout the country are hosting sister marches too. The Women's March 2018 commemorates 365 days of resistance, and as the past year of resistance has shown us, no march is complete without a clever sign to match. One of the best ways to come up with an eye-catching Women's March sign is to quote the Black feminists who paved the way for us in regards to political representation, educational attainment, and much more. These 26 quotes from Black feminists who have worked hard on the behalf of all women will leave you inspired and energized for the next year of resistance.

Read the quotes below and take them to heart. They can serve as inspiration and guidance as you participate in the Women's March and throughout your daily life. Women like Shirley Chisholm, Maya Angelou, Angela Davis, and Assata Shakur are full of wisdom; their words are just as poignant and needed in 2018 as the day they first said them. Speaking out and using your voice to uplift others is a powerful, revolutionary act. Who knows? Maybe 50 years from now a young woman will be inspired to write your words on a protest sign.