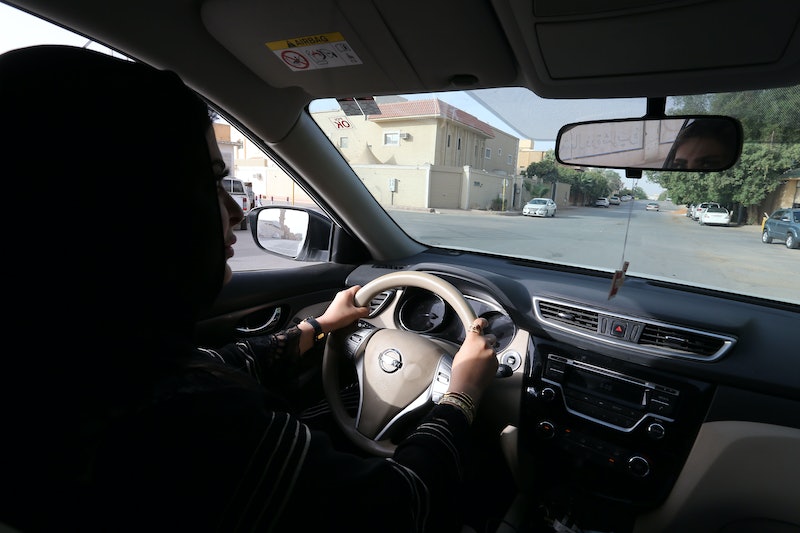 On Thursday, Reuters reported that three Saudi female activists had been temporarily released from detention. The news agency referred to a report from the Amnesty International and the Saudi human rights center, ALQST, which identified the three women as Roqaya al-Mohareb, Aziza al-Yousef, and Eman al-Nafjan. The Washington Post noted that the release was "provisional" based on a report from the Saudi state media.

The temporary nature of the release has elicited criticism from human rights activists. Lynn Maalouf of Amnesty International urged the Saudi government to drop the charges against the women, according to Reuters. "They have been locked up, separated from their loved ones, subjected to torture and threats for simply peacefully calling for women's rights and expressing their views," she said. "Amnesty International calls on the Saudi authorities to drop all the charges against them and the other women's human rights defenders, who all must be released immediately and unconditionally."

According to the BBC, the three women were part of a group of activists who were detained in May. The Saudi government cited potential threat to national interests as well as "offering support to hostile elements abroad" as their rationale for detaining the activists, per the BBC.

But as The Post noted, these women were primarily active in promoting women's liberty; they advocated for women being able to drive, and spoke out against domestic abuse.

In August, two other Saudi activists named Samar Badawi and Nassima al-Salah were detained, according to Human Rights Watch. Both women had made a name for themselves by publicly supporting women's equality in their country.

At the time of their detention, Human Rights Watch Director Sarah Leah Whitson condemned the "recent arbitrary arrests" that had been made in the country in a press release.

"The arrests of Samar Badawi and Nassima al-Sadah signal that the Saudi authorities see any peaceful dissent, whether past or present, as a threat to their autocratic rule," she said. "After the recent arbitrary arrests of businesspeople, women’s rights activists, and reformist clerics, Saudi Arabia’s allies and partners should question what 'reform' really means in a country where the rule of law is disdainfully ignored."

According to The Post, the three women, along with several other female activists, had been accused of "sharing information about women’s rights in Saudi Arabia with journalists based in Saudi Arabia, diplomats, and international human rights organizations." This information was based on a Human Rights Watch report.

In another report, The Post noted that some detained Saudi activists accused the government of torturing imprisoned women, including subjecting them to electric shocks and flogging. An official for the Saudi government who spoke on condition of anonymity denied this to The Post. "The Kingdom of Saudi Arabia’s judiciary system does not condone, promote, or allow the use of torture," the official told The Post. "Anyone, whether male or female, being investigated is going through the standard judiciary process led by the public prosecution while being held for questioning, which does not in any way rely on torture either physical, sexual, or psychological."

Yet in spite of the denial, activists have kept at their criticism against the government. Based on Maalouf's comments, an "unconditional release" for these women is the only acceptable solution for those calling for their freedom.