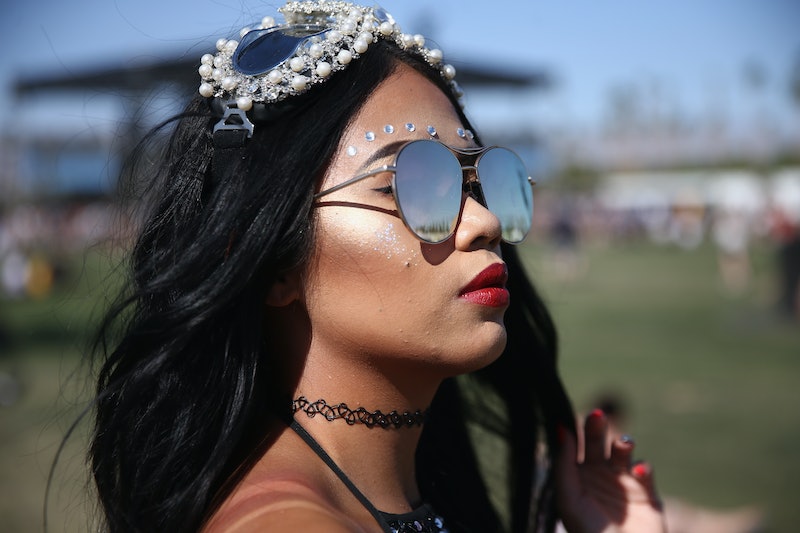 July 2018 is an exercise in cosmic chaos. Between five planetary retrogrades, a solar eclipse, and a blood moon total lunar eclipse, things are bound to get dark and twisty. The zodiac signs that will have the toughest month of July — Virgo, Scorpio, and Capricorn — often have a difficult time surrendering control, which is what July 2018 is all about. Because of this, if Virgos, Scorpios, and Capricorns ignore warnings to slow down and let go of the proverbial steering wheel, July 2018 will be frustrating AF.

July starts with Mars, Pluto, Neptune, Saturn, and Jupiter all retrograde. While Jupiter goes direct July 10, a solar eclipse July 12, Mercury Retrograde beginning July 26, and a blood moon total lunar eclipse July 27 will stir up a lot of karmic energy. Astrologically, 2018 has nudged all signs to examine their choices in order to get clear about what they really want. After being on a forward moving trajectory for the past six months, July could feel like driving into a brick wall before you have a chance to pump the breaks.

"During a heavy retrograde period like this, the energy of the cosmos becomes slow and instead of trying to push ahead, we have to instead look to our past and how our actions, attitudes, and beliefs are manifesting in our lives," Forever Conscious explained in its Intuitive Astrology retrograde-season forecast.

"The universe wants us to focus what is already on our plates and what we have already set in motion. In fact, trying to push ahead with so many planets in retrograde may make you feel that you are taking one step forward and two steps back."

Virgo, you will feel the effects of both Jupiter and Mercury, however because Jupiter goes direct July 10 and Mercury Retrograde doesn't begin until July 26, you could dodge a good part of this energy if you can learn to go with the flow. However, even though Jupiter is only retrograde for 10 days in July, the energy of Jupiter is at odds with your rigid nature. This could cause enough chaos to frustrate you all month long. Virgo, if there were ever a time to learn the art of compromise, July 2018 is it.

The retrograde cycles of Pluto, Jupiter, and Mars could have Scorpio feeling more intense than usual, the website Go For Astrology explained. While everyone else wants to chill, you might find yourself feeling anxious and maudlin. Between these three planets being retrograde in July, and the energy of the solar and lunar eclipses, you might feel like you're pushing a rock up a hill every single day. It's time to let that rock roll back down and leave it there. Any attempts to move forward in July will be met with resistance. You'll be better served if resign yourself to the fact that standing still is your only option.

For Capricorn, having Pluto and Saturn both retrograde in July means your plans might suddenly come to a screeching halt. Both of these planets foster resistance, and you could find yourself completely derailed by Pluto, while Saturn might deliver major upsets and delays causing you to butt heads with authority figures. Getting worked up over things you can't control will only get you into trouble. Take a beat before blurting out the first thing that pops into your hot little head.

"Retrograde energy is about moving within. It is about pausing, reflecting, and working on what is already in front of you rather than reaching for anything new," Forever Conscious noted. Because Virgo, Scorpio, and Capricorn have an innate desire to constantly push ahead, being forced to make a hard stop will be extremely difficult.

Think of it like a chance to look both ways before crossing the street. Do you even want to cross that street at all? What are you moving toward so fast that you can't stop to breathe? If you don't know the answer, use July and the power of the planetary retrogrades to figure it out. Because, as Forever Conscious explained: "It is often not until a retrograde cycle has completed that we are able to piece together what we what we have to clear in order to move forward."