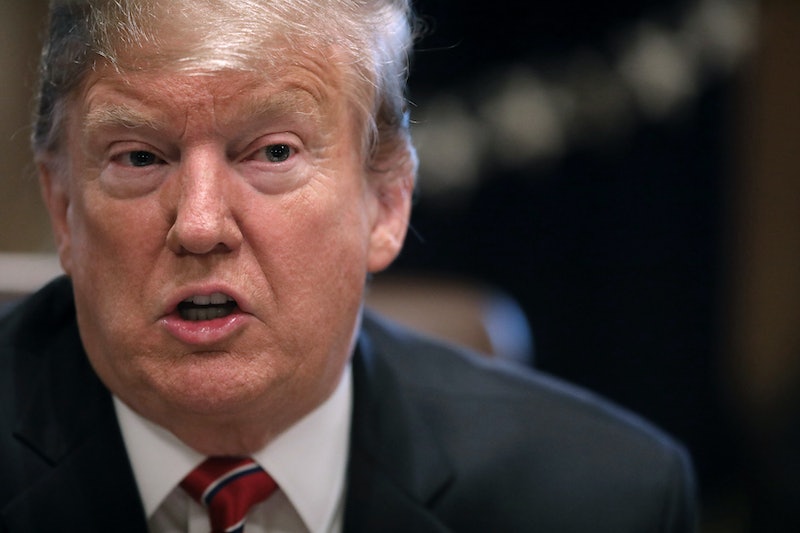 According to ABC News, presidents have declared a total of 58 national emergencies since the National Emergencies Act (NEA) was first signed into law in 1976. Of those 58, 31 have been renewed on an annual basis and are therefore still in effect. New York University's Brennan Center for Justice reported that former President Jimmy Carter was the first to declare a national emergency under the NEA.

In 1979, Carter issued an emergency declaration to freeze Iran's assets in the United States during the Iran hostage crisis. A national emergency typically stays in place for one year, but presidents can choose to renew them — and as a result, that first national emergency is still in effect, the Miami Herald reported, having been renewed most recently in November.

For example, Clinton declared three separate national emergencies in 1995, and the IEEPA accounted for all of them. In his emergency declarations, Clinton imposed economic sanctions in response to the Jerusalem bombing, prohibited certain transactions to prevent the development of Iranian petroleum resources, and blocked assets pertaining to narcotics traffickers in Colombia.

All three of these national emergencies are still in place today; in fact, The Washington Post's David Nakamura reported that Trump renewed the Middle East peace sanctions just last month.

Other national emergencies that are still in place include two that Bush declared in the aftermath of 9/11. One attempted to address the immediate threat of any additional terrorist attacks on the United States, while the other focused on individuals who commit or support acts of terrorism against the United States. According to the Atlantic, the Patriot Act gave more weight to these national emergency declarations, though it has since been widely criticized due to privacy concerns.

The 10 national emergencies from the Obama that are still in place address numerous international crises, targeting countries including Yemen, Libya, Somalia, South Sudan, the Central African Republic, and Burundi. Trump, meanwhile, has declared national emergencies pertaining to the persecution of Rohingya Muslims in Myanmar, potential meddling in the 2018 midterm elections, and reported violence in Nicaragua.