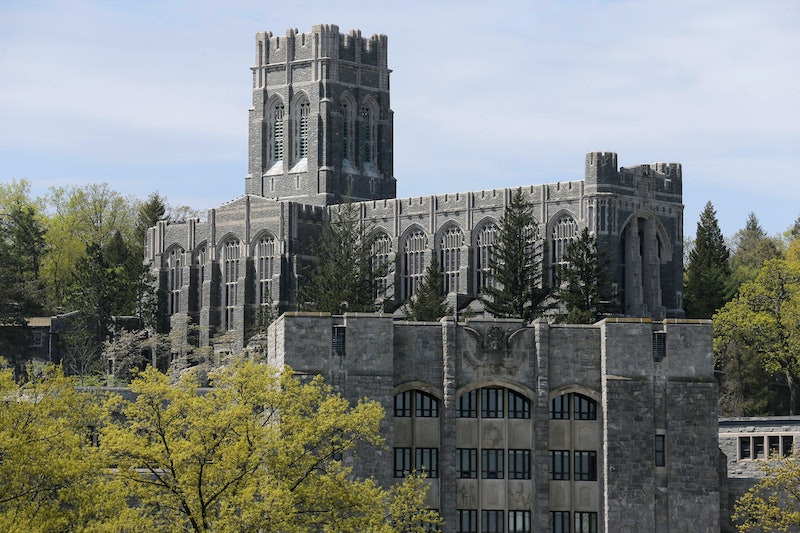 In 2019, there will be more black women graduating from West Point than in any other year in the military academy's history, the Philadelphia Tribune reports. This year, 32 of the cadets set to graduate in June are black women, a development that comes two years after the academy appointed its first black commanding officer.

“My hope when young black girls see these photos is that they understand that regardless of what life presents you, you have the ability and fortitude to be a force to be reckoned with," Tiffany Welch-Baker, one of the upcoming graduates, told Because of Them We Can, a website that celebrates notable achievements and milestones by black people. “In just a short while I met so many cadets that looked like me, and that offered me some comfort. I have been fortunate to have my sisters in arms, we have been fortunate to have each other."

West Point, officially the United States Military Academy, was founded in 1802, and is the premier school for Americans who wish to pursue careers in the military. But the academy didn't give a diploma to a black cadet until Henry Ossian Flipper, a former slave, graduated from the school in 1877, according to the Tribune. The school then went nearly 60 years until Benjamin O. Davis Jr. became the second black cadet to graduate from the school, according to WJHL.

Although West Point went 75 years without awarding a degree to a black student, women wishing to graduate from the academy had to wait even longer. Women weren't allowed to enroll in West Point until 1976, almost 175 years after it was founded, per Ebony.

Today, the West Point student body is still primarily male and predominantly white, according to College Factual, and the school created a diversity office in 2014 in an attempt to create a more inclusive student body and faculty, WJHL reports. In 2017, Simone Askew became the first black woman to serve as First Captain of the Corps of Cadets, Atlanta Black Star reports, and in July, Lt. Gen. Darryl A. Williams became the school's first black superintendent.

"You are asked about your hair, why the texture is what it is, and why you might give dap or a special handshake to another black cadet, and why you didn’t do it to a white cadet or explain why you use some of the terms that you use," Tobin told the Dallas Morning News in 2016.

In a separate interview with the Guardian, Tobin said that “to be a black woman at West Point is essentially to make a choice going in," because "the majority of the time, you can never fully express your womanhood or your blackness."

West Point will hold its 2019 graduation ceremony on May 25, the Army Times reports. Vice President Mike Pence will deliver the commencement speech.