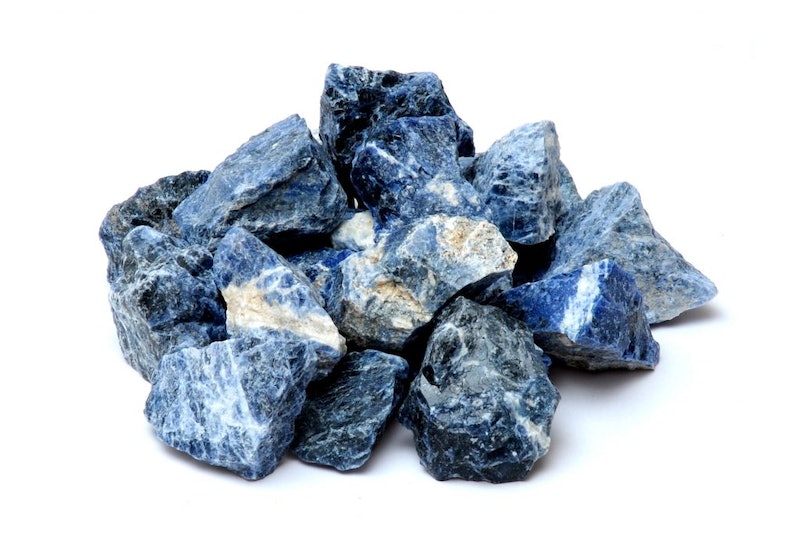 While one might argue that all astrological seasons are equally important, I'm going to argue that Aries season is kind of a big deal this year. Come Mar. 20, not only will we be officially in the Aries territory, but we'll also celebrate the Spring Equinox, under a super full moon. The combination of all of these events makes for a very powerful transition that will be felt by all. To best navigate these new, warmer, passionate flames of the fire sign, you'll want to keep an arsenal of crystals for Aries season well-stocked.

Whether you believe in the healing benefits of crystals or not, it won't hurt to keep the most helpful ones near. At the very least, I think we can all agree that it's calming to turn a smooth stone over in your hands and having something nice to look at can be beneficial in some capacity. Bustle talked to Roland Waedt, crystal-expert and designer of INDAVID about Aries season and which crystals might be most helpful to rely on during this time. According to Waedt many people feel disoriented and tied to old habits. "They want to change something but they don't know exactly what it is that needs changing." So it's imperative to stop and think strategically about your goals and evaluate whether or not you're in a position to accomplish them. "Acting aimlessly is not the right thing to do now," Waedt says. Instead, pausing to assess those fiery feelings is actually the right thing to do, and these crystals will help you achieve that moment of pause, reflection, and focus that you need.