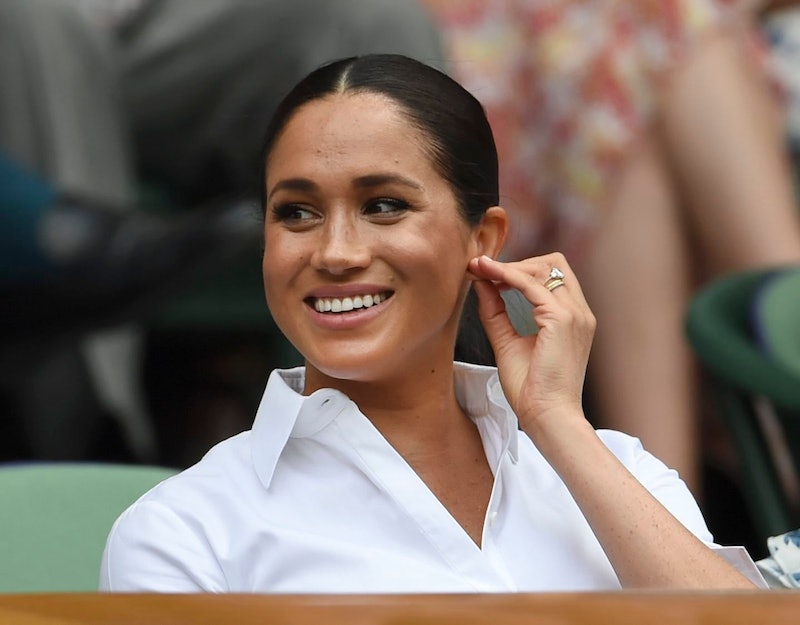 Procrastination can be a hard habit to break, but thanks to countless celebs sharing their secrets online, it’s becoming easier to be productive throughout your daily routine. A place that was a haven for these sorts of tips and tricks was Meghan Markle’s lifestyle blog, The Tig. But as its author became, y’know, the Duchess of Sussex, all that is left now is a goodbye message. However, thanks to internet archives, The Tig is still accessible, which means you can discover Meghan Markle’s productivity hacks despite the site no longer being updated by the Duchess herself.

While she hasn’t given much insight into how she juggles her current schedule as a member of the royal family, it’s hard to imagine that Meghan's strayed too far from the routines she’s previously shared with her readers. As an actress, she had a pretty tight schedule meaning early mornings and late nights, which has followed through into her life as a royal due to her duties passed down by Queen Elizabeth II and those that she began before becoming a Duchess (such as becoming a global ambassador for World Vision Canada).

So if you’re in need of balancing your work and personal life, these are the four productivity hacks that will have you striding through life like Meghan in no time.

As Refinery29 notes, Meghan wrote on her blog in 2016 that the morning “is that vital time that sets the tone for our day ahead.” The Duchess makes the most of this time, getting up at 4.30 a.m. to practice yoga as she reportedly told an Australian local during a visit to Bondi Beach on her first royal tour last year.

Although, this could have been down to her pregnancy as the local also mentions the early start was due to her not being able to sleep, but I imagine with a schedule as busy as Meghan’s, fresh starts are the norm. But even on a quiet day, waking up early gives you a ton of extra time to do whatever needs to be done, whether that be chores or some well-deserved downtime.

You Deserve Some 'Me' Time

“After all, they say happiness begins with self-love,” Meghan wrote in a piece titled ‘The Art of Independence’ as Bustle previously reported. “And enjoying your own company is the very best start for that adventure.”

While that may not seem like a productivity hack, you’d be surprised how giving yourself some well-deserved attention can leave you refreshed and raring to get whatever work needs doing, well, done. In Meghan’s case, she recommends taking yourself out on dates like the cinema or dinner and just letting yourself feel free. “I give myself the luxury of downtime," she told Women's Health UK (via Elle).

"We are all so incredibly busy and juggling so many things but I always take an hour to just decompress, watch mindless TV, snuggle with my dogs and enjoy a glass of wine. That's all part of the investment. It's a balance."

And as HuffPost points out, giving yourself 15 minutes of alone time can lead to you experiencing “the benefit of positive energy, renewed creativity and reduced stress levels.” What’s not to love about that?

Taking care of the mind is all well and good, but what about the body? According to research, exercise can boost your productivity pretty substantially, so it's no wonder that it's a major part of Meghan's routine.

"My health, my state of mind, the feeling you have after a workout; all of these things drive me to step onto my mat or go to the gym," she told Women's Health. "Sometimes the idea of working out sounds absolutely dreadful, but I always remind myself of how good it will feel afterward. Euphoric, almost!"

In Meghan's case, she makes sure to fit some yoga, running, or a workout into her routine to keep her mind and body active. But even a simple walk to and from work can refresh and invigorate your mind to keep the procrastination at bay.

Be Mindful Of Your Diet

Taking care of your body on the outside comes pretty naturally through exercise and skin care regimes, but what about on the inside? Studies have shown that what you eat can substantially affect your productivity, especially if you're not aware of the side effects that a a high-fat meal can bring as Harvard Business Review points out.

But if you plan your diet around your workflow as Meghan does, you'll notice a difference. While filming Suits, she made sure that what she ate would benefit her productivity during long work hours. "When I'm filming, I'm conscious of what I eat," she told Best Health Magazine in 2016. "I try to eat vegan during the week and then have a little bit more flexibility with what I dig into on the weekends."

"But at the same time, it's all about balance. Because I work out the way I do, I don't ever want to feel deprived. I feel that the second you do that is when you start to binge on things. It's not a diet; it's lifestyle eating."

Balance is key to productivity, and once you get into a routine you'll find that procrastination will become a thing of the past.