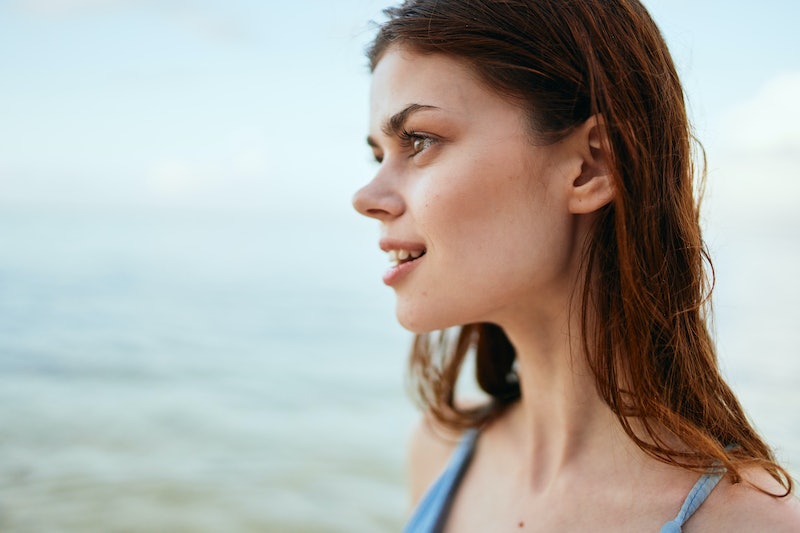 Pisces zodiac signs are emotional and ethereal creatures. It's hard to knock this sign off their A-game because they're not on the same ground as everyone else — they can always go with the flow, even when things get complicated. Astrologically speaking, when a Pisces has good intentions and their heart is in a good place they're unshakable. So, when it comes to how a Pisces is affected by Mercury retrograde, this period of time isn't going to challenge their physical life — it's only going to add more layers to their emotional and social lives. Mercury retrograde summer 2019 predictions for Pisces reveal that people who strongly relate to the sign's traits are going to be just fine, basically.

So fine, in fact, that the Pisces Mercury retrograde experience would be entirely uneventful if Pisces was spending the summer alone. And really, many Pisces probably are alone on a beach somewhere, avoiding retrograde altogether. The only reason why they're going to have ~some~ choppy waters to navigate is because they're going to have to deal with other signs and the energy from people around them that is more negatively charged than usual.

Bustle talked to astrologer Linda Furiate about her predictions for Pisces and spoiler alert: it's nothing you can't handle. Aka, other signs will be pretty jealous when they see just little the free-flowing, unattached Pisces has to deal with this retrograde period.

There Could Be Drama

According to Furiate, "the summer 2019 Mercury retrograde may stir up the oceans for Pisces with unforeseen events or drama." This is mostly because of other signs and how they're dealing with Mercury retrograde — because again, Pisces signs themselves likely aren't feeling the effects of this retrograde much. Though you might be enjoying your summer and things might seem relatively calm, you should prepare yourself for some surprising drama that might come up over the next week. Try to approach it with a level head and the faith that most of it will blow over after retrograde has passed.

"A family vacation may be cut short or encounter friction if a travel companion ruthlessly seeks to get their way," Furiate warns, encouraging Pisces to be extra cautious if vacationing this week. There's only so much you can control when you're away from home, but you can control the way you react to people and conflict, so keep that in mind and you might be able to avoid the altercation altogether.

You'll Want To Get Away From It All

Furiate tells Bustle that Pisces can expect to feel a serious urge to gather their loved ones and get away from it all — and she encourages you to! Plan a low-key getaway or staycation with a few of your closest drama-free friends and send some quality time together, blocking out potentially dramatic situations and riding out the final waves of Mercury's retrograde in a safe, supported space.

Just as Mercury ends its wrath in retrograde Pisces is going to be feeling overwhelmed with love and will want to share it. Aka, if you're not a Pisces, you might want to hang out with one during this time! "As emotions settle Pisces will be certain to share their joy and compassion to bring love back to their circle of family and friends," Furiate explains.