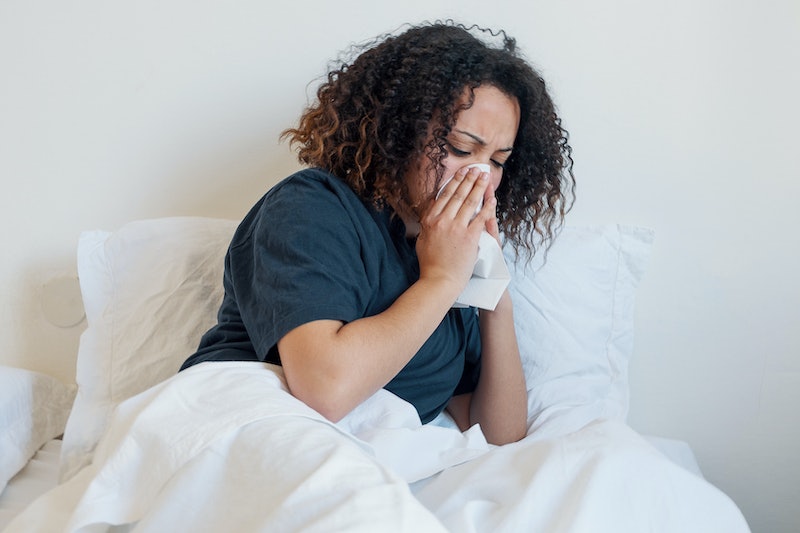 Nobody likes being sick — and even when your body gives you a little advance warning, you can often still feel helpless to prevent an infection from setting in. I have good news, though: it turns out that there are some things to do if you think you’re getting sick that might actually help your body fight off an oncoming cold or other illness. They may not be exactly surprising, and they aren’t going to halt whatever’s threatening your immune system in its tracks immediately — but according to research and experts, they can be quite effective. At the very least, they might help alleviate your symptoms or lessen the amount of time you actually stay sick.

It’s worth noting that a lot of commonly-cited advice for what to do if you think you’re getting sick actually isn't all that effective. Taking vitamin C when you feel a cold coming on, for example, doesn’t really help much. It’s true that one study found that extremely active people who took vitamin C every day were less likely to get colds — but the key here is the fact that they took it daily, not just when they thought they might be getting sick. The majority of literature just doesn’t support the idea of vitamin C being the magical cold-prevention tool that it’s often thought to be — and what’s more, studies on echinacea and zinc also have had similarly mixed results. There just isn't any sort of pill or supplement you can take that will absolutely prevent you from getting ill whenever you feel something coming on.

However, that doesn’t mean there’s absolutely nothing you can do to help stave off sickness. These four strategies not fail-safes, and they’re not cure-alls — but they will put your body in a better position to fight off whatever you think you might be coming down with.