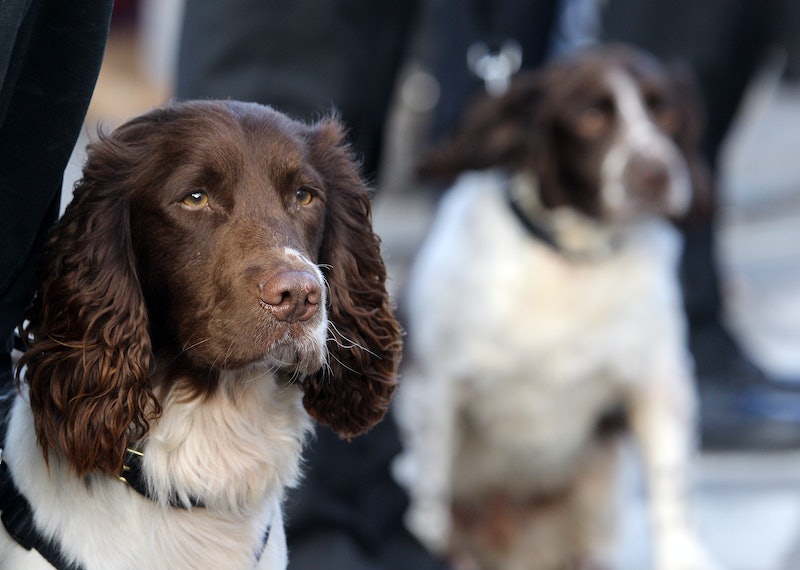 Your cat might be incredibly intelligent and always know when you're having tuna for dinner, but can it predict disasters — or even death? The idea that animals can sense future danger to their humans has been a part of folklore in many different civilizations for centuries; dogs howling are an Irish harbinger of death, for instance, while Indonesian children's songs recommend running for the hills if "the animals go crazy." Is there any real truth to this? Depending on who you ask, perhaps.

It's not really being argued that your own pet can somehow pick up on misfortune like a stubbed toe before it comes to you. More subtle signals, however, may indicate various outcomes to animals, like natural disasters, before humans can sense them. Pre-tremors before earthquakes, shifts in the Earth's magnetic field, alterations in atmospheric pressure: all have been argued to drive animals into abnormal behavior patterns before big weather events, as they attempt to survive. And then there's the more personal angle: some domestic animals have been argued to be able to sense death, living up to somewhat sinister folklore. If your pet starts to behave strangely and you can't figure out why, it's entirely possible it's sensing something you're not — but it might be a weird smell, not an earthquake. Here are a few times in history when pets (literally) sniffed out danger to their humans.

More like this
So Many Dog Owners Are Obsessed With These Weird Dog Products
By Veronika Kero
Amazon Keeps Selling Out Of These Pet Products With Near-Perfect Reviews
By Madison Barber
The 7 Best Cat Litters For Odor Control
By Erica Gerald Mason
25 Things I've Reduced My Life To, In Addition To WFH In My PJs
By Ginny Hogan
Get Even More From Bustle — Sign Up For The Newsletter