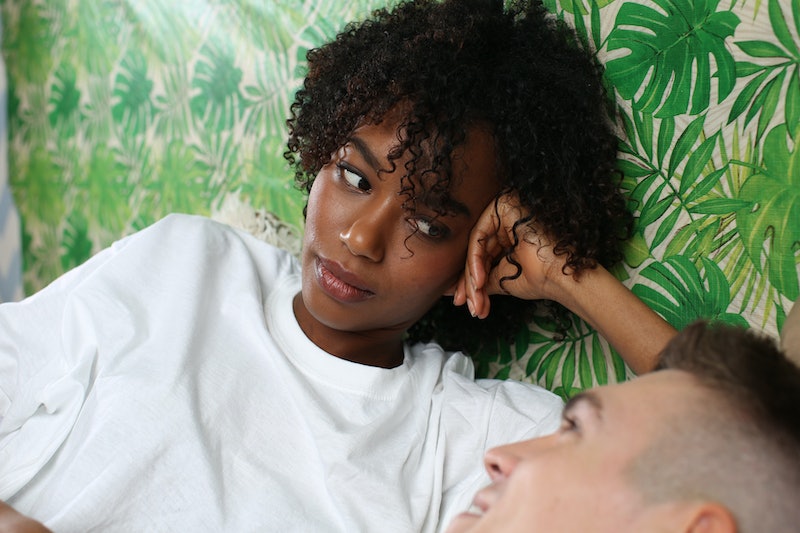 There's no question that it stinks to be rejected. But rejecting someone else carries its own set of challenges as well. If someone's relentlessly hitting on you or harassing you, rejecting them nicely shouldn't exactly be your top priority. But if somebody genuinely cares for you and you're just not interested, delivering a kind rejection can be tricky but worthwhile.

"Rejection can be difficult for those who are doing the rejecting and those who are experiencing the rejecting," licensed clinical psychologist Dr. Molly Giorgio, tells Bustle. "However, it is an unfortunate but necessary part of the dating process, because it allows people to actually find the partners they are looking for. If you are rejecting someone who is interested in you, it is important to remember that standing up for what you are looking for is a part of self-care."

You're probably not going to avoid hurting the person you're rejecting, which is OK because that's not your responsibility. But you can minimize the damage and, if you both want to, preserve a friendship with the person who's interested in you. Here are some ways to reject someone that allow you to treat them kindly while also honoring your own boundaries.