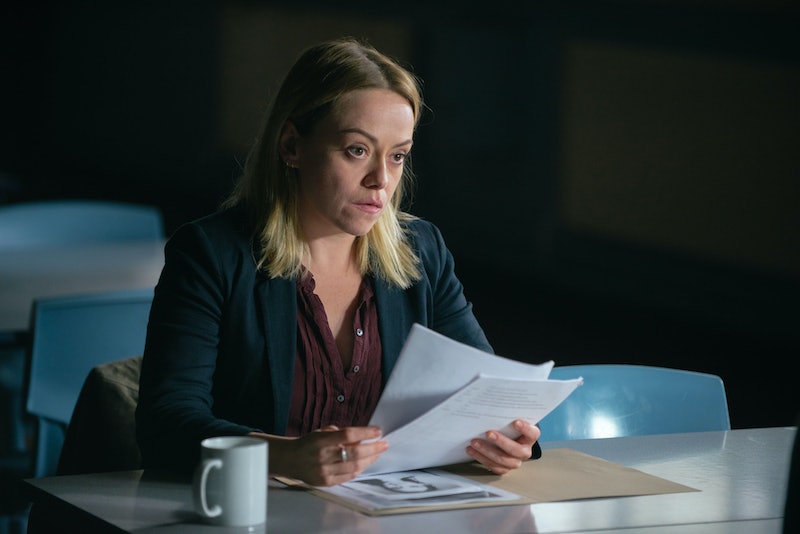 We Brits have an appetite for a noirish thriller, and in recent years, British telly has sourced them from across the globe — Sweden and Denmark for The Bridge, the US for True Detective, and New Zealand and Australia for Top of the Lake, for example. But in recent years, a more homegrown sub-category has come to the fore. Welsh crime dramas have dominated TV screens in the past few years, winning vast audiences and critical acclaim alike. From Keeping Faith to Requiem, "Welsh noir" is captivating an ever expanding cohort of crime lovers, both in the UK and beyond.

The hunger for Welsh thrillers has brought more than the spectacular Welsh landscape to our TV screens — it's also brought the Welsh language. Many shows either feature subtitled Welsh for English-speaking viewers, or are filmed twice in both Welsh and English. Keeping Faith's Eve Myles even learned Welsh to play the title role, the BBC reports. And the shows are exporting a noirish taste of Wales overseas: Hidden is currently streaming in the US on Acorn TV, as the New York Times reports, while Requiem is available outside the UK on Netflix. The whole world's about to jump on the Welsh thriller bandwagon, people; try out one of these creepy shows to ensure you get in ahead.