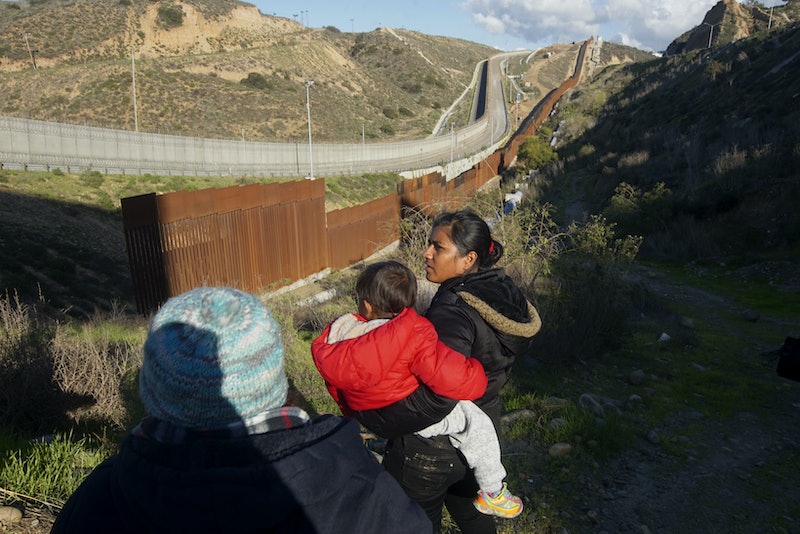 For the first time in 10 years, humanitarian aid workers have been found guilty of a federal crime stemming from their aid activities. After leaving food and water in the desert for migrants, four women volunteers were convicted of misdemeanors on Jan. 18. The women's convictions mean they could spend up to six months in federal prison, according to the Washington Post.

As the Post reported, back in August 2017 the women entered Cabeza Prieta, a federally-protected refuge, without a permit in order to leave jugs of water and canned food for migrants who may be crossing through the area. All four women were convicted of entering a federally-protected area without a permit and leaving behind personal property, the Associated Press (AP) noted. Hoffman was additionally convicted of operating a motor vehicle inside the refuge. All of the crimes are misdemeanors, the AP reported.

In making his ruling, the judge in the case, U.S. Magistrate Judge Bernardo P. Velasco, noted that the women were not aware of the heavy consequences that their actions could potentially carry.

As Velasco wrote in his verdict (via Tucson.com )

[Each defendant] made a decision to act without knowing her conduct could be punishable by up to six months incarceration ... Each one acted on the mistaken belief that the worst that could happen was that they could be banned, debarred (meaning unknown to the Defendants) or fined.

The women are all volunteers for the organization No More Deaths, a Tucson-based group committed to helping end the deaths of migrants in the desert. As Tucson.com reported, records from the Pima County Office of the Medical Examiner reveal that 43 sets of human remains have been found on the Cabeza Prieta refuge since 2017.

No More Deaths responded to news of its volunteers' convictions in a statement released on its website. In the statement, Catherine Gaffney, a longtime volunteer with the organization, condemned the judge's ruling, saying:

This verdict challenges not only No More Deaths volunteers, but people of conscience throughout the country. If giving water to someone dying of thirst is illegal, what humanity is left in the law of this country?

Bustle also reached out to No More Deaths for comment on the matter, but has not yet received a reply.

The organization's statement further revealed that five more of its volunteers are still awaiting trials related to their humanitarian work in Cabeza Prieta. As the statement noted, four of these volunteers are facing misdemeanor charges and their trials are slated to begin on Feb. 26 and March 4. Another volunteer, Dr. Scott Warren, will face trial for misdemeanor charges as well as for a felony charge of harboring undocumented immigrants. The felony charge resulted after border patrol allegedly witnessed Warren providing migrants with food, water, and shelter over a period of several days, AZCentral.com reported.

In response to the charges, Warren's attorney, Bill Walker, told AZCentral.com that Warren wasn't engaging in any wrongdoing. "We [humanitarian groups] don't smuggle them, we don't do anything to help them enter the United States, we do nothing illegal," Walker said to AZCentral.com. "This place that they [border patrol] raided, ... it's been used for a long time, not to help smuggle migrants, but to give medical care and food and water."

Warren's felony trial will begin in May of this year. A sentencing date for the four women volunteers who have already been convicted of misdemeanors will be set in the next 10 days, according to No More Deaths' statement on the matter.