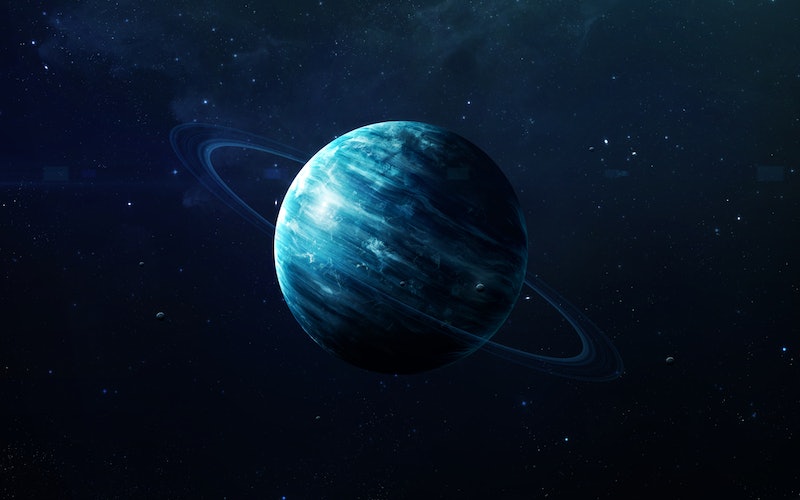 You've probably been hearing a lot about Mercury retrograde lately, which began on Nov. 16 and will end on Dec. 6. Mercury retrograde is known for messing up communication, travel, and technology, and since it happens so often (about three times a year on average), it's something most people are familiar with. But Mercury certainly isn't the only planet that goes retrograde on a regular basis - every planet does. In fact, Uranus retrograde has been going on since Aug. 7, and will last until Jan. 8, and just like Mercury retrograde, it's going to affect you. Certain zodiac signs will be most affected by Uranus retrograde, and you'll probably want to know if yours is among them.

Uranus rules disruptions, sudden changes, and revolutions, and during its retrograde, it will be moving from Taurus to Aries, meaning you'll feel that Taurus energy pretty strongly. According to Cosmopolitan, "When Uranus stations retrograde, it faces tension with Mars and Venus, AKA the relationship planets. This signifies that some of the biggest adjustments you'll be making will be how you treat others and behave in your relationships." There is a lot of reckless energy that could make you do or say something you'll regret later, so be careful about your actions.

Bustle spoke with astrologer Lisa Stardust, who said, "Known as 'The Great Awakener,' Uranus brings shakeups, breakups, and breakdowns - only to rebuild and transform as a way to keep up with the times. Uranus retrograde is no different, it just provides a different look at matters that have shook us up." In other words, you're going to gain a new perspective here.

Stardust also filled us in on which signs are going to be the most affected by this retrograde period for the next few weeks. Take a look below to find out if yours is one of them: