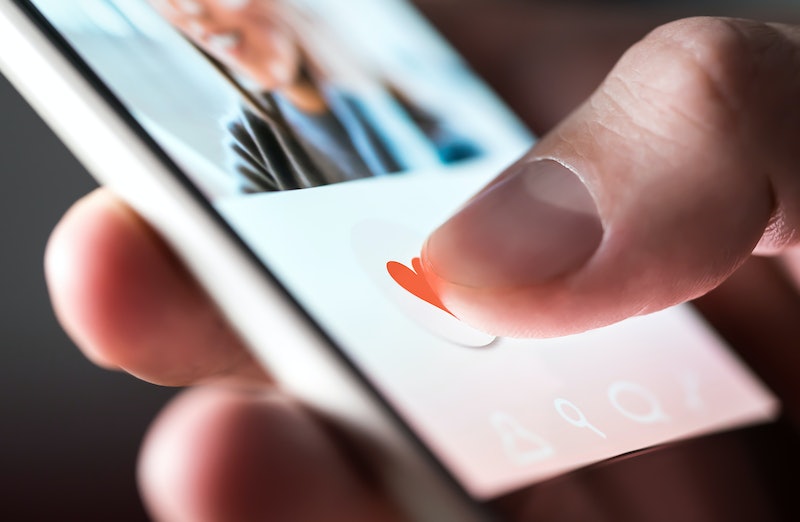 As if relationships aren't complicated year-round, the Mercury retrograde, running from Jul. 7 to Jul. 31, 2019 is going to put matters of the heart to the test. To put is bluntly, there are some zodiac signs that shouldn't date during Mercury retrograde — like, at all. Because it's going to be disastrous. Essentially, the cards just aren't aligned for these signs and what they need and want isn't going to align with what they get.

Though every sign will feel frustrated by their love loves during Mercury's retrograde, some signs are going to really have the odds stacked against them due to their personality and how Mercury's backward motion affects their minds and their hearts. To help guide your heart through the rest of the month, Bustle chatted with astrologer Lisa Stardust for advice about which signs should really just delete their dating apps for the month and here are the signs she warns against dating for the next few weeks:

"Ruled by Mercury, Gemini is going under major changes during the retrograde season. This may include evolving their confidence," Stardust tells Bustle, which is actually a good thing. It's so good, they shouldn't distract themselves with relationships, as relationships with the self are most important. "While their mindset is blossoming, it’s best for them to stay away from the dating scene," Stardust warns, reminding us that not dating this month will actually make you more suited for the dating game next month.

Cancers are working through a lot during their birthday month to begin with. "These lunar babes are changing their inclinations and tastes in partnerships. Meaning Cancers are transforming the way they partner and getting clear on what they want in relationships," Stardust explains. Aka, it’s best to let them work out their issues on their own and then start up the heavy conversations and life decisions next month.

As we move into Leo season, there's going to be a lot of energy infused into this zodiac sign, but not just yet. "Leo’s are extra foggy right now and uncertain of the future," Stardust explains, suggesting that it’s best for them to skip dating and focus on revising their dreams — particularly their sense of self and individuality. Save the dating fun for August, that's really your month to show off what makes you special and see others for what makes them special.

Virgo has a lot of work to do on their friendships during this retrograde. And luckily, they have the energy to fix As a Mercurial sign, they'll be so busy dealing with interpersonal complications they literally won't have the time to date. And even if they can carve out some time on a Friday to meet someone new, Stardust tells Bustle that it's not a good idea because they won't have the mental space to assess a new situation. Save dating for next month, after you've had time to polish your friendships, it will be so much rewarding to bring someone new on deck when everyone else in your life is well taken care of.