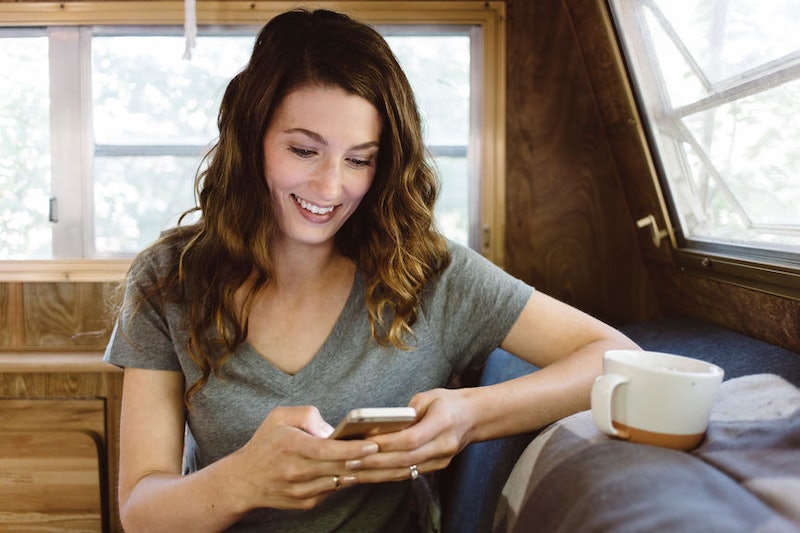 While dating apps still aren't the most popular way to meet someone, they're not too far behind traditional methods of finding love. Dating apps have become so popular that a survey from earlier this year found that millennials spend roughly 10 hours a week on dating apps. Dating app Badoo surveyed its 370 million users worldwide to discover that when it comes to finding a match, millennials are either really dedicated or just love to swipe, because 10 hours is a lot.

While men spend more time on dating apps than women, with 85 minutes a day and each session lasting 9.7 minutes, women aren't too far behind with 79 minutes a day and 7.6 minutes per session. But while those numbers speak volumes to the fact that dating apps are being used and used quite a bit, after a while, it can become exhausting.

"Dating is already a lot of unknown; you’re literally meeting entirely new people with the intent of forming entirely new relationships, whether short-term or long-term," Jenna Birch, CEO of Plum dating app and author of The Love Gap, tells Bustle. "With that, it’s easy to default to patterns, like the apps we’ve always turned to, the same first date spot or the 'types' we usually go for. But sometimes those patterns aren’t working! Doing the same thing over and over again, to the same result, can make dating feel soul-sucking instead of exciting."

In addition to getting bored using the same apps, when you do want to branch out, it can get overwhelming — there are just so many of them to try. "Some might work for one person, but not another, but there’s really something for everyone," Birch says. "Use a few! See what feels right for your goals or which app interface you’re most into."

To curb that boredom and help you find the right app for you, here are some new dating apps to try out.

More like this
Hinge's New NFAQ Feature Is Demystifying Queer Dating
By Emma Carey
Is It A Rebound Relationship Or The Real Thing?
By Carolyn Steber and Lexi Inks
Are Quality Time & Physical Touch Love Languages Compatible?
By Lexi Inks
12 Ways You're Sabotaging Your Love Life
By Teresa Newsome and Lexi Inks
Get Even More From Bustle — Sign Up For The Newsletter