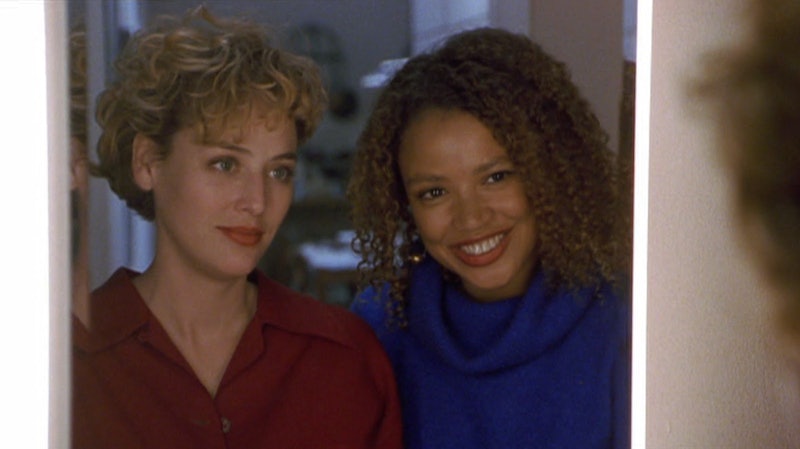 It's the paradox at the heart of horror: with slasher victims, the possessed, and the supernaturally menaced more frequently female than not, the genre as a whole is frequently derided as misogynist. And while it's true women's bodies are frequently fetishized as they become the locus for violence, they're also there. According to 2018 statistics gathered by Women in Hollywood, horror comes in third among all genres for featuring female protagonists. You can make a solid bet that guys are the last thing on their minds while they're trying to save their own skins, and to prove it, here are 46 of the many horror movies that pass the Bechdel test.

The Bechdel test is comprised of a simple set of guidelines. For a movie to pass: (1) It has to have at least two [named] women in it, (2) who talk to each other (3) about something besides a man.

Though far from perfect as a litmus test for feminism, it sets a (very, VERY) low bar for gender inclusivity and is a loose way of measuring the balance of female characters and their agency. Though women are more often victims than aggressors in these stories, they're also more frequently the survivors. The role's not called the Final Girl for nothing. These movies may not possess an ideal feminist ideology, but they all pass the test, and that's something.

More like this
Sandra Bullock, Girlboss Extraordinaire
By Matt Harkins & Viviana Olen
Lydia Leonard Is Setting The Record Straight
By Olivia-Anne Cleary
What Does Doctor Strange’s Third Eye Mean?
By Arya Roshanian
What’s New On Netflix: A Victoria Justice Rom-Com & The Return Of David Letterman
By Arya Roshanian
Get Even More From Bustle — Sign Up For The Newsletter