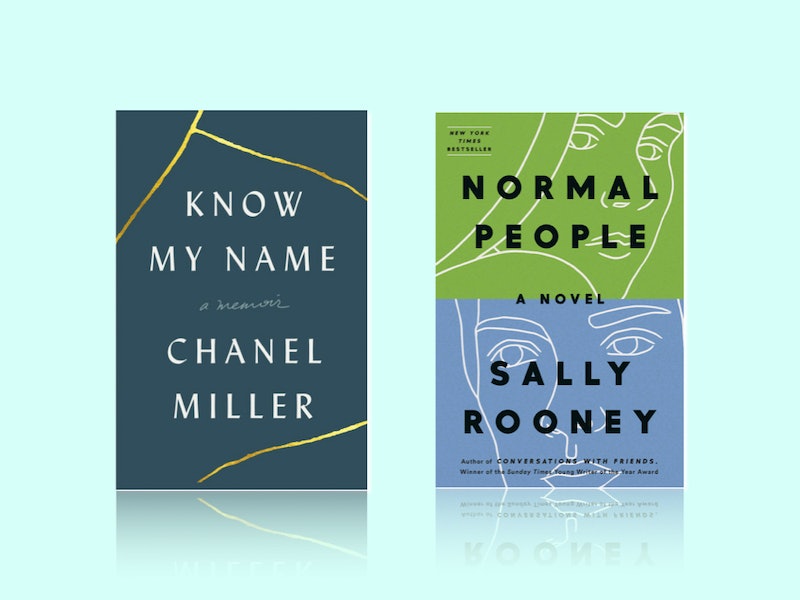 On Wednesday, TIME released its first-ever 100 NEXT list to recognize up-and-coming activists, actors, athletes, and more, in expansion to its most influential list released earlier this year. Among the list of rising names are a handful of authors, some of whom write by trade, and others who have published books about the very experiences that landed them in TIME to begin with.

Since 2004, the TIME 100 list has spotlighted the world's most impactful people, and new in 2019, the TIME 100 NEXT "spotlights 100 rising stars who are shaping the future of business, entertainment, sports, politics, science, health and more." The honorees range in age from 14 (figure skater Alysa Liu) to 44 (Joint List head Ayman Odeh), and more than half (53) are women and girls.

Each of the TIME 100 NEXT honorees has been profiled by a related star. Michelle Yeoh sings the praises of her Crazy Rich Asians co-star, Henry Golding, and filmmaker dream hampton talks about working with Wild Seed director Wanuri Kahiu. These profiles, though brief, are eye-opening looks at how the TIME 100 NEXT stars have already begun to shape their respective fields.

Two of the authors on the list below made the cut to be on the cover of the Nov. 13 issue of TIME. Awkwafina — a.k.a. Nora Lum — and Chanel Miller join Camila Cabello, Carlos Alvarado Quesada, Emily Weiss, and Zion Williamson on the six unique covers printed for the 100 NEXT issue of TIME.

If you want to extend your reading beyond the pages of TIME, check out the five books by TIME 100 NEXT authors below and see the full TIME 100 NEXT list here.

From the star of Crazy Rich Asians and Farewell comes this laugh-out-loud funny guide to New York City. Awkwafina's NYC contains compact guides to sightseeing in the city's boroughs, complete with public transit and walking maps and fun trivia related to what you'll glimpse along the way.

Know My Name by Chanel Miller

Known for years as Emily Doe, Chanel Miller came forward in 2019 to reveal herself as the victim in the Stanford rape case. In Know My Name, Miller revisits the attack and its aftermath, including her reaction to convicted rapist Brock Turner's horrifically light sentencing.

Fierce: How Competing for Myself Changed Everything by Aly Raisman

From two-time Olympic gymnast Aly Raisman comes this memoir about her life and career. Fierce focuses on Raisman's experiences in the world of gymnastics, including her struggles to maintain a healthy body image while being bullied for her athletic build.

Look Both Ways: A Tale Told in 10 Blocks by Jason Reynolds

A finalist for the 2019 National Book Award for Young People's Literature, Jason Reynolds' Look Both Ways ties together the stories of 10 students as they walk home from school. It's a striking portrait of contemporary school life, and one you won't want to miss.

In this 2019 bestseller, two unlikely friends — a shy girl and a popular boy — from a small-town high school find themselves drawn back into each other's orbit in college, where their social roles have been turned completely on their ears.

More like this
10 Equally Romantic & Heartbreaking Books From British & Irish Authors
By Shahed Ezaydi
We’ve Entered The Hot Boy Reader Era
By Samantha Leach
Pamela Anderson Is Still A Hopeless Romantic
By Ilana Kaplan
Delia Cai’s Small-Town Romance Goes Beyond The Tropes
By Samantha Leach
Get Even More From Bustle — Sign Up For The Newsletter
From hair trends to relationship advice, our daily newsletter has everything you need to sound like a person who’s on TikTok, even if you aren’t.