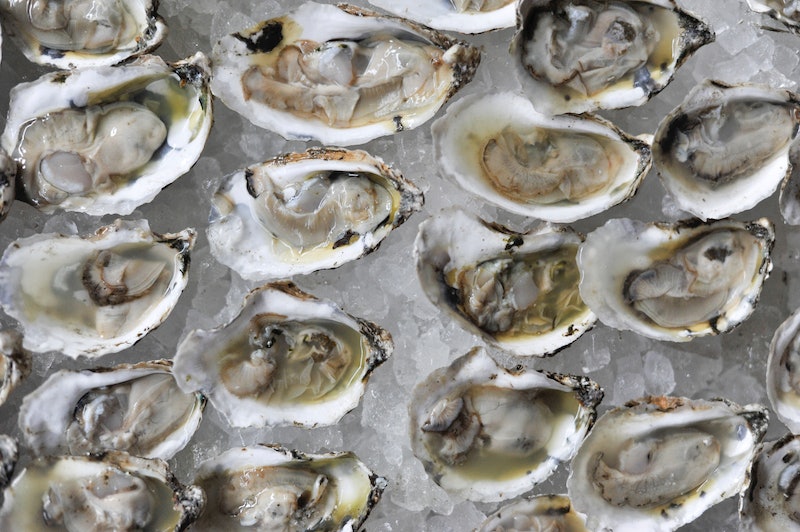 Necrotizing fasciitis and vibrio vulnificus, also referred to as flesh-eating bacteria, sound like something straight out of a zombie movie. But if you've been paying attention to the news recently, then you know they exist IRL. Before you decide to encase yourself in a plastic bubble, it's important to know that although flesh-eating bacteria is real, it's also rare. The idea that people are contracting it everywhere, all the time is just one of many myths about flesh-eating bacteria; others include the notion that the bacteria actually eats the skin and that it's contagious.

Instances of flesh-eating bacteria increase during the summer months, and recent news stories detail almost a dozen cases — some fatal — in a handful of states. "Those headlines cause a lot of panic, but if you’re a healthy individual and practice good hygiene, there’s a low risk of you contracting it," Dr. Niket Sonpal, an internist and gastroenterologist, and faculty member at Touro College of Osteopathic Medicine, tells Bustle.

According to the U.S. Centers for Disease Control and Prevention (CDC), this rare bacterial infection is most commonly the result of group A streptococcus, the same bacteria that causes step throat. It can also develop from vibrio vulnificus, a bacteria found in warm coastal waters. Bacteria enters the skin through cuts, scrapes, burns, insect bites, and wounds. Vibrio can also be contracted from eating raw shellfish. There are only around 700 to 1,200 cases of this infection in the U.S. every year, the CDC says.

In addition, people with diabetes, kidney disease, cirrhosis of the liver, cancer, and compromised immune systems are at a higher risk for flesh-eating bacterial infections than the general population. Because flesh-eating bacteria spreads quickly, early diagnosis and treatment are key to recovery. If you notice an area of skin that is red and appears to be swelling rapidly, and you have severe pain and a fever, seek medical attention immediately. The infection can be treated with antibiotics or surgery, the CDC says, but up to one in three people who contract the infection will die.

Though it is a very serious type of infection requiring immediate medical attention, it is not nearly as common as news reports would have you believe. Here are some other myths about flesh-eating bacteria you can stop believing.