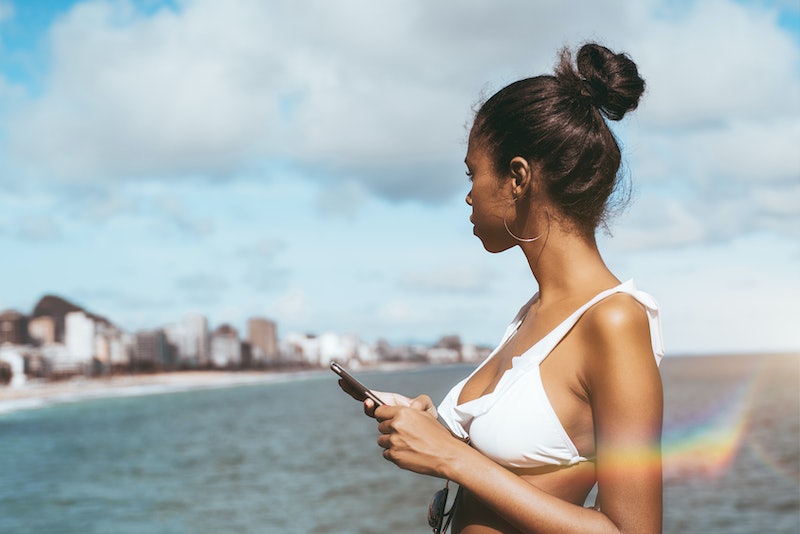 Before the age of sunscreen, sunburn cures were diverse, strange and often frankly a bit ineffective. Would you want to try the medieval recipe that advises boiling an apple in frankincense, wine, and wax and then spreading it over your sunburn? I personally wouldn't. But there have been areas where natural folk remedies for sunburn, handed down over generations, have been proven to be pretty effective by modern science — though nothing is powerful enough to magic away the damage you've done to your skin. While many folk cures, like the ground-up honeysuckle flowers favored by 18th century Scots, will do your sunburn no good at all, a select few might actually prove a little helpful.

Sunburn science is also proving to be odder than anything our ancestors might have envisioned. A 2017 study on mice found that animals who ate late at night before bed were more prone to sunburn the next day, for instance, while another bit of research in the Journal of Investigative Dermatology discovered that when you've been burned, you should get yourself vitamin D supplements immediately; a high dose just after being sunburnt meant that people had less skin inflammation, lower skin redness and more skin repair cells after 48 hours. So we're constantly learning more about what it means to heal sunburned skin — but for right now, you'll be pleased to know that your grandma was likely right, and oatmeal baths are a good idea.