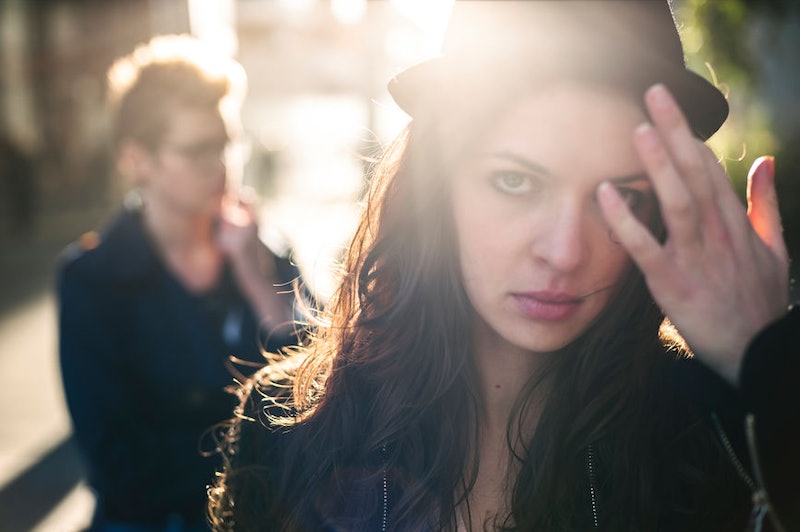 Once people get a few breakups under their belt, they usually realize that the end of a relationship can stir up anything from grief to an overwhelming sense of relief. But first breakups are often devastating and, if they're traumatic enough, they can set the tone for all of our relationships moving forward until we've fully processed the heartbreak. With the gift of hindsight, how people would change their first breakup varies. Experiencing a breakup's powerful emotions for the first time — whether it be rejection, guilt, or a sense of failure — is challenging and confusing enough on its own. Add on top of that the loneliness and isolation that usually accompanies them and you've got the perfect recipe for a gnarly mental health spiral.

It's useful to keep in mind that navigating relationships is a never-ending, information-gathering experiment. There's no such thing as doing it perfectly, and no magic combination of words or actions exists that will prevent either of you from ever getting hurt. But sparing yourself emotional pain isn't really the point of relationships or their endings, so rolling with the feelings that accompany them — whatever they may be — is almost always the best way forward. Here are a few ways people said they'd do things differently in their first breakups.