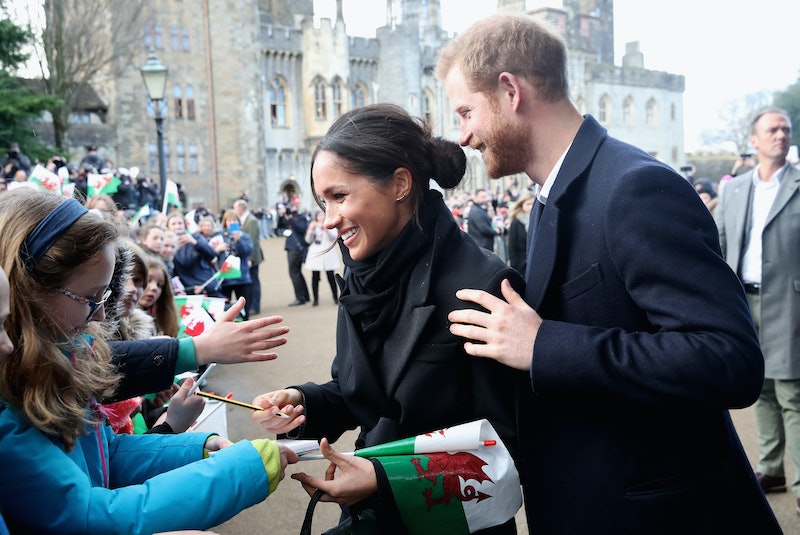 The news that Meghan Markle will marry Prince Harry in May has royal-watchers all aflutter, but others are looking ahead to more important matters: what they'll eat. Royal wedding food traditions in Europe have historically been extremely mad; rulers have traditionally used them as displays of wealth and status, serving delicacies and hugely expensive treats to wow their guests while cementing their vows. While things have quieted down in recent years (Prince William made headlines simply because he and Kate had two wedding cakes), Meghan Markle and Prince Harry's wedding will be part of a long and very odd culinary history.

Royal wedding food used to be a much more public affair; members of the public would often make delicacies for the lucky couple (Queen Victoria and Prince Alfred were famously presented with a 1120-pound cheese by proud English farmers on the occasion of their nuptials), and leftovers from medieval feasts would often be distributed among the massive crowds who had gathered in the location of the ceremony. It was part of the duty of the crown to distribute bits of their feast, and the tradition lives on in the idea of the wedding cake slice parcel, which is still sent to guests who can't attend the royal wedding in the post. When it comes to weddings, the royals have always known how to throw elaborate parties — and get the most amazing food around.