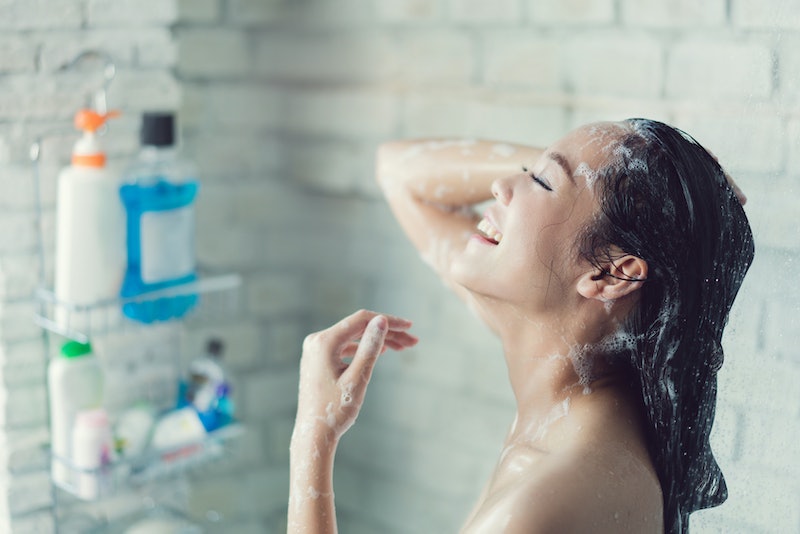 Music has a well-documented affect on our brain chemistry. In a 2011 piece, Psychology Today explored this phenomenon, and noted music affects the brain in a way that is comparable to sex, delicious food, and sleep. But, there is a key difference in that music is not necessary for survival like the other three. Perhaps that is what makes it so special. There is music to fit every mood, so next time you're struggling to get out of bed consider listening to one of these five playlists to wake up to in the morning.

Music triggers the brain to release dopamine, the "feel good chemical" — so if it seems to put you in a better mood, it's not in your head (or it is, rather). In an effort to explore how music affects the brain, scientists from McGill University in Canada surveyed 217 participants (that was subsequently narrowed down to eight), who consistently responded the same way when listening to music, regardless of the listening environment. The brain scans that followed determined when people anticipate, then actually experience a pleasurable response while listening to music, the human brain responds in a distinct and specific way in order to release dopamine. Basically, the experience of listening to music — which is far more abstract than, say, eating — elicits a similar brain response to a more concrete experience. It is a unique finding that says a lot about the brain's reward process.

Could listening to music in the morning make your AM a little easier? It's definitely worth a shot! Try these mixes out.