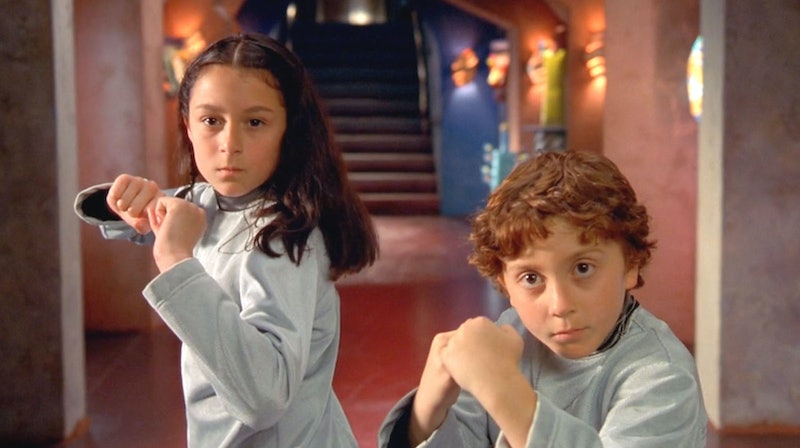 Being a big brother or sister is definitely no simple feat. Those who have assumed the role likely have more than a few stories to share and scars to show for it. But do not let your friends' horror stories lead you to believe having a little sibling is an exclusively negative experience. In a lot of ways — many that are easily overlooked — being a big sibling can actually benefit you physically and psychologically. Below you will find a number of notable ways having a younger sibling affects your health.

With all the stereotypes surrounding the order in which you were born, it can be easy to think having no siblings might be the best possible outcome. Aside from the obvious added privacy and additional attention, being an only child would allow one to escape phenomena like middle child syndrome or the grueling experience of dealing with an bothersome baby in the house. But more and more research suggests growing up with siblings is far from just having more people in your house. Rather, it can provide you with an incomparable social circle — and frame the way you interact with people for the rest of your life.

1. They Help You Develop Empathy

A collaborative study between University of Calgary, Universite Laval, Tel Aviv University, and the University of Toronto published earlier this month in the journal Child Development revealed a previously unrecognized link between the sibling dynamic and development of empathy. According to Marc Jambon, postdoctoral fellow at the University of Toronto "...both younger and older siblings positively contributed to each other's empathy over time." This finding went both ways in every case, except for within the relationship between older sisters and younger brothers.

2. They May Make You Happier Later in Life

Even if your relationships with your brothers and sisters were complicated during childhood, a stable relationship later in life could serve as the basis for further mental wellbeing — and this could set the tone for decades to come. In her book, The Sibling Connection: How Siblings Shape Our Lives, Jane Mersky Leder recalls one Swedish study that found a perceived positive relationship with siblings than a positive relationship with children or friends while in your eighties to be more closely linked to a positive general outlook on life.

Further, another study out of Purdue University in Indiana found as one enters adulthood, factors such as mood, health, morale, stress, depression, loneliness, and even general life satisfaction are closely linked to how one feels about their brothers and sisters.

3. They Help You Be A Leader

It is an old cliché that eldest siblings are the most responsible, but as it turns out, there is likely some truth to this claim. Jeffrey Kluger, author of The Sibling Effect: What the Bonds Among Brothers and Sisters Reveal About Us, explained in an interview with NPR, "...very broadly, true that firstborns will be the most successful. They will be the ones who earn the most. They will be the ones who are most loyal to the family, most driven to achieve in traditional ways." He also notes the eldest sibling of the bunch generally more obedient and responsible, and tend to place a greater importance on family values and loyalty.

4. They Can Help You Take Care Of Yourself

Surrounding yourself with people you love is one of the best ways to ensure you take adequate care of yourself. It is kind of a no-brainer, but the more people you know that care about you, the more likely you are to exercise self-care. In a collaborative study, researchers from Brigham Young University in Utah and the University of North Carolina at Chapel Hill found those with poor social relationships had an average of 50 percent higher chance of death in the study's follow-up period (an average of 7.5 years) than their counterparts with stronger social ties. Integrating your siblings — who have presumably known you your entire lives — would allow for an even deeper connection.

5. They May Help You Stay Physically Fit

In a global health study, researchers found that aside from yourself, friends and family are the biggest influencers in terms of keeping a healthy lifestyle. Dr. Rick Nauert, who spearheaded the study, explains to PsychCentral, "The multi-national study consisted of more than 15,000-people living in 12 countries. It found that social relationships have a great influence on health status." So if you are trying to transition to a healthier lifestyle in 2018, partnering with a sibling may increase your chances of success.

More like this
How To Protect Your Digital Privacy If You Need An Abortion Post Roe v. Wade
By Kaitlyn Wylde
5 Crystals For Anxiety
By Megan McCarty
5 Crystals To Manifest Better Sleep
By Megan McCarty
4 Most Outspoken Zodiac Signs
By Kristine Fellizar
Get Even More From Bustle — Sign Up For The Newsletter