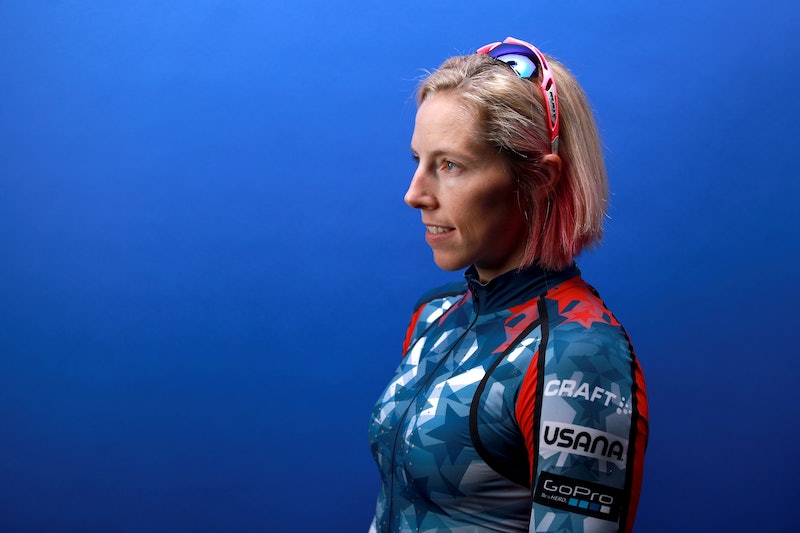 Being an Olympian and a mother is a very rare combination; the entire U.S. team sent to Rio in 2016 had 554 athletes, but only 10 of them were mothers, according to the official Team USA site. And the pool of athlete moms for PyeongChang's Winter 2018 Olympics (starting Feb. 8) and Paralympics (starting Mar. 8) is even smaller, mostly because the teams sent are much smaller than the ones that compete in Summer Olympics and Paralympics. Some of the most famous mothers from previous winter Olympics and Paralympics have also retired; the "fastest mom on skis," American skeleton racer Noelle Pikus-Pace, bowed out after Sochi, and head of Canada's champion curling team, Jennifer Jones, who gave birth to a daughter in 2012, will not be heading to PyeongChang. But there will still be a small number of women fighting for gold — with their kids cheering them on.

Being a mother and an elite athlete is no small feat. Many women at elite levels are expected to retire once they have children, both because of expectations that they'll be taking on childcare and because of the health difficulties of childbirth; Serena Williams, who recently had to drop out of contention for the Australian Open because of extended recovery from the birth of her first child Alexis Olympia in 2017, is an example. Williams, however, is training to be number one in tennis again, and these five moms headed to PyeongChang are further proof that moms can, indeed, do anything.