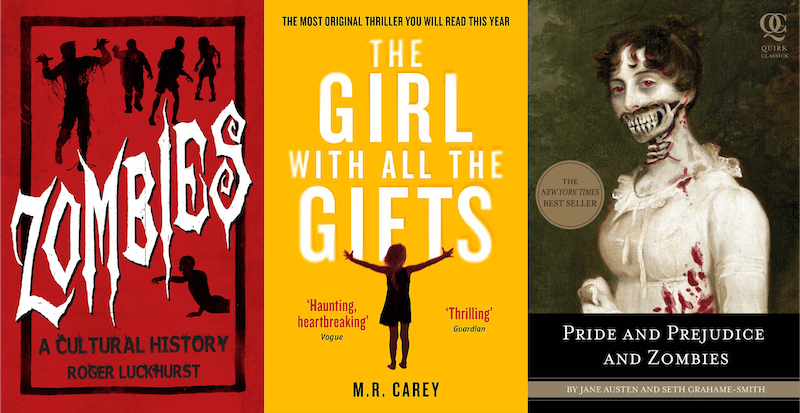 If I challenged you to name a zombie novel, what would you go for? Max Brooks' World War Z, perhaps. Colson Whitehead's Zone One. Richard Matheson's I Am Legend, or Stephen King's Cell. The common thread? They're all American. The same goes for zombies on screen: whilst the UK can proudly lay claim to Shaun of the Dead and 28 Days Later, it's Dawn of the Dead, or I Am Legend, or The Walking Dead that spring to mind first. Which might lead you to believe that there's an absence of British zombie fiction — but these five zombie books set in the UK will prove you wrong.

Recent British authors have taken classic zombie tropes and twisted them into something original. M.R. Carey's The Girl With All the Gifts centres around a child zombies with a genius IQ, for instance, while Charlie Higson's young adult novel The Enemy depicts a Lord of the Flies-esque, child-run society — except all the adults are zombies. More interested in the cultural background of the zombie? Look to Roger Luckhurst's thorough research in Zombies: A Cultural History. Just one warning: after reading these books, you'll no longer be able to reassure yourself, post-nightmare, that the zombie apocalypse will remain on the other side of the Atlantic.