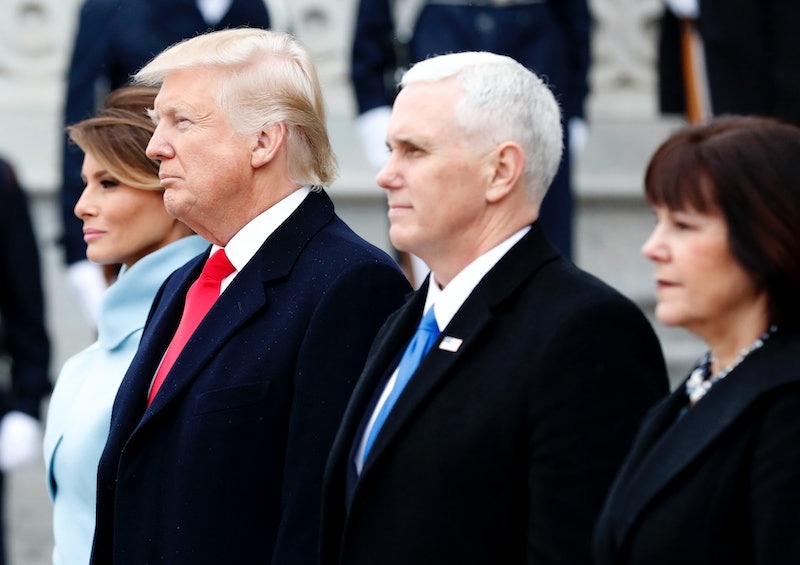 On Jan. 27, Vice President Mike Pence stood before a crowd gathered for the March for Life and called for the pro-life movement to be a compassionate "movement that embraces all, cares for all, and shows respect for the dignity and worth of every person." I've got six books Mike Pence needs to read about sexual health and reproductive rights, because he needs to know that abortion is compassionate, and that denying women rights over their bodies is not granting them dignity.

As the Governor of Indiana, Mike Pence didn't endear himself to women who have the audacity to believe that they know more about their bodies than the government. After he signed a law requiring aborted fetuses to be buried or cremated — a provision becoming shockingly more popular around the country — women across Indiana began calling his office to update him on the status of their cycles. The so-called Periods for Pence initiative never went quite so far as similar efforts in Texas, but the menstrual activists' campaign highlighted Pence's ignorance about vaginal health.

Not having a vagina or uterus is no excuse for not knowing how the female reproductive system functions. Mike Pence obviously needs to read about sexual health and reproductive rights — broadly and deeply. Here are the six books he should start with.

More like this
24 History-Making Black Women You Probably Didn't Learn About In School
By Ayana Lage and JR Thorpe
25 Inspiring Quotes From Black Women To Celebrate Black History Month
By Kyli Rodriguez-Cayro and JR Thorpe
The Plane Crash In 'Dear Edward' Is Based On A 2010 Tragedy
By Grace Wehniainen
Here's How Netflix Should Adapt Prince Harry's Memoir Into A Movie
By Ginny Hogan
Get Even More From Bustle — Sign Up For The Newsletter
From hair trends to relationship advice, our daily newsletter has everything you need to sound like a person who’s on TikTok, even if you aren’t.