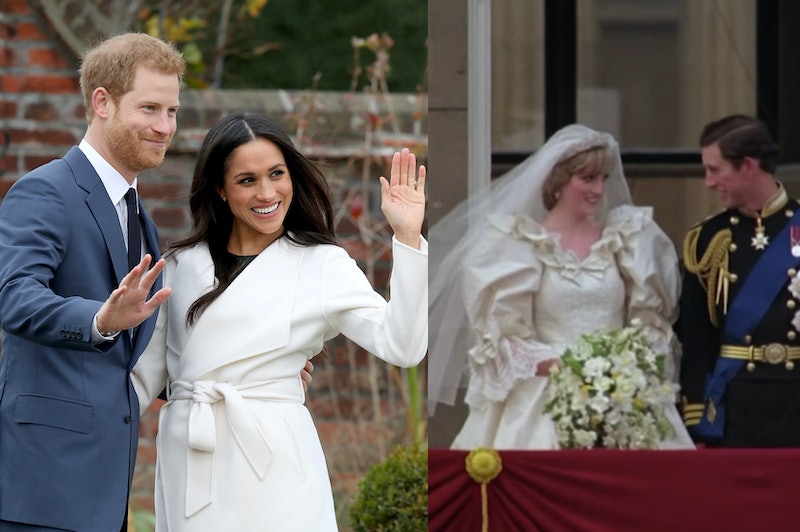 With royal wedding fever at an absolute peak, people all over the world will be anxiously awaiting their early Saturday a.m. wake up, as they tune in to watch the royal wedding of Prince Harry and Meghan Markle. One major aspect of the royal wedding that viewers will likely have in the back of their minds is how similar (or different) this wedding is to the wedding of Harry's parents, Prince Charles and Lady Diana Spencer, back in 1981. For a variety of reasons, there will likely be many differences between the 2018 royal wedding and Princess Diana's wedding that eager viewers will be keeping their eye on.

The main factor setting this wedding apart from its predecessor is that Prince Harry isn't next in line to the throne, as Charles is, and so the global spotlight isn't on this wedding in quite the same way. But, thanks to Markle's celebrity, there is a lot of interest from the public in how this wedding will turn out, from the ceremony, to the food, to the flowers — and everything in between. Though Prince Harry and Meghan Markle will be keeping it relatively simple by royal standards, it's still going to be one heck of an event. Here are six subtle differences between this royal wedding and Princess Diana's to keep an eye out for.