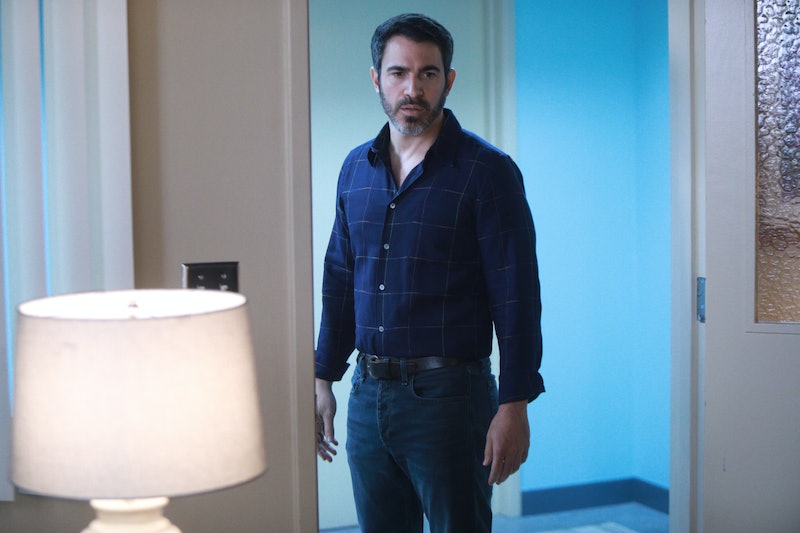 Spoilers for The Mindy Project series finale ahead. All good things must come to an end, even The Mindy Project, and it wouldn't be a romantic comedy with a big happy ending. Not only did Mindy find happiness at the end of the series, but The Mindy Project finale referenced the pilot with some homages, or Easter eggs if you will, to the very beginning. It makes saying goodbye to Mindy Lahiri all the more bittersweet when you're faced with how much she's grown.

In fact, the whole cast has changed a lot over six seasons. The only characters from the pilot that appear in the series finale are Mindy, Jeremy, and Danny. Even Beverly and Morgan didn't show up until partway through Season 1. However, the show has always been a workplace comedy with a big romantic heart, and that persisted until the very end.

The finale also served to show how much Mindy has changed as a character. "What Mindy has in common with a lot of women in their mid-30s is that she's obsessed with marriage," said Kaling in an interview with The Hollywood Reporter. "It’s the entire premise of the show. The pilot is her wanting to get married and her ruining her ex-boyfriend's wedding." By the end of the series, marriage is seemingly the last thing on the character's mind.

While the final episode didn't go all out with cameos or time jumps, conventions that one can often expect from a series finale, the show tipped its hat to the very beginning in a few ways to reward the fans who've been through it all.

The finale is called "It Had To Be You," which is referencing When Harry Met Sally, the movie that Danny and Mindy watch together at the end of the pilot. For Danny, it had to be Mindy, and for Mindy it had to be Danny. In the pilot, Danny wonders out loud why anyone would run to someone as a romantic gesture. In the finale, both Danny and Mindy run to one another.

The pilot features Mindy showing up at her ex's wedding. In the finale, she attends Morgan and Tamra's wedding. Marriage is such a big part of romantic comedy culture, someone had to get married in the final episode of this series.

Sidebar, is the singles' table a joke? Tamra's "dorky" single friends are an anonymous bunch of (mostly) handsome white men — which seems like a nod to early criticism of the series and how Mindy's boyfriends were all pretty one note.

More specifically, Mindy takes the mic in the pilot and has a public meltdown in front of her ex-boyfriend and his new wife. Her speech in the finale isn't quite as dramatic, and it's a bummer that Morgan didn't get the epic toast he wanted, but it's still a callback to the pilot, and it still ends with Mindy running straight out of the wedding.

At least Mindy leaves both weddings in the same way — riding through the New York suburbs on a bike. This time she DOESN'T fall in the pool and get in an argument with a Barbie doll. That's progress.

The finale ends with Danny and Mindy in a hospital waiting room, watching television. One of the first big 'shipping moments in the pilot between these two characters took place in just such a location.

With that, The Mindy Project is over. And, the bookends that tie the finale back to the pilot give it the sense of finality that fans (and Mindy) needed.