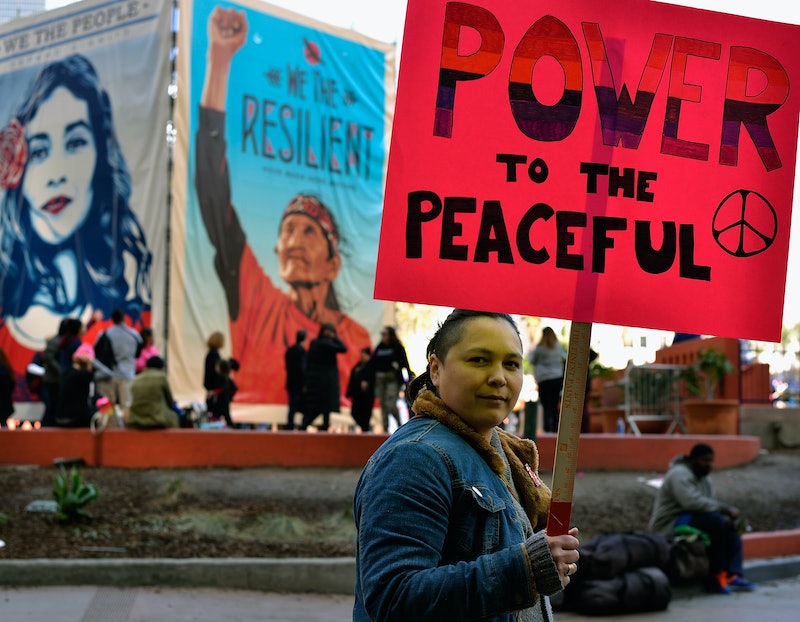 For many Americans, Thanksgiving is a time to come together with family, enjoy the crisp autumn air, and eat tons of tasty food. While having a day off work or school is always nice, it’s important to remember why Thanksgiving Day exists in the first place. Most Americans are taught that it’s a day of gratitude that originated with a celebratory dinner between Native Americans and the pilgrims, but that narrative couldn’t be farther from the truth. The Thanksgiving Day story as we learn it, and many of the subsequent traditions of the holiday, were actually created out of a violent, racist history that was rewritten by non-Natives.

By 2017, a growing number of Americans understand that the Thanksgiving Day story represents the violence of colonialism for many Native people, and those who partake in the holiday are increasingly doing so in a sensitive way, emphasizing family and gratitude over the revisionist myth of the pilgrim-Wampanoag dinner. But there are a number of Thanksgiving traditions that perpetuate racist myths, or are borne out of offensive origins, that you can work to eradicate this Thursday. It's OK to enjoy Thanksgiving — but it's important to be mindful of the history it comes out of. Here are six Thanksgiving traditions you probably didn't realize are offensive, racist, or just plain problematic, and how to avoid them this holiday season.