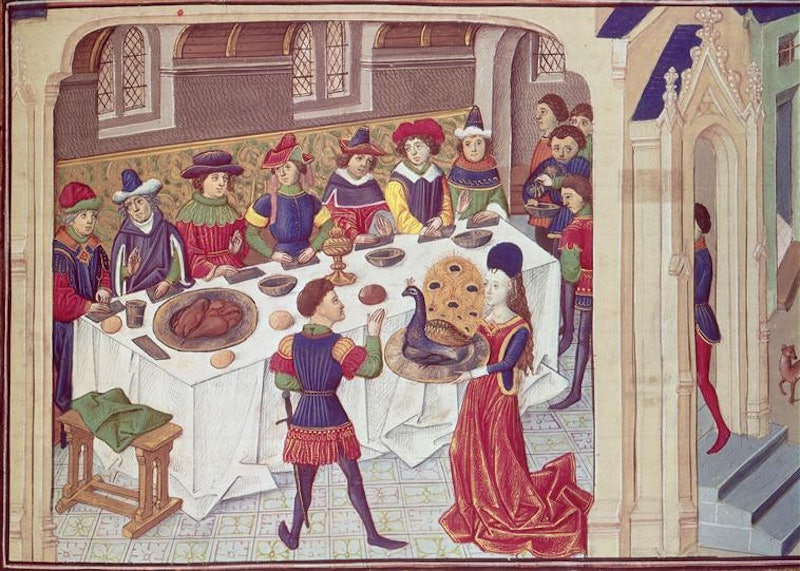 The holidays at the royal households around the world are full of age-old ritual; royal holiday traditions of the British royals are famously off-beat, as are those of the Swedish royals, who eat special jellied fish dishes, or the Danes, who attend a royal hunting parade. Compared to their historical forebears, however, royal holidays these days are pretty muted affairs. Nobody is slaughtering 2,000 oxen, building entire canopies out of gold cloth for days of jousting tournaments, or showering a monarch in jewels in hopes of getting out of a death sentence. It’s all very, well, tame.

The holidays in European monarchies have often been times to show off. Power and pageantry peaked at the end of the year, when courtiers flocked to the royal palaces to partake in extravagant merriment, swear complicated vows of loyalty on dead birds, and compete for attention with elaborate gifts. The holiday season meant lavish parties, huge expenditure and very weird traditions, from giant logs to gift-wrapped pelicans and rigged gambling. It was also a time for diplomacy and important negotiation; the people you spent the holidays with, and accepted gifts from, were the ones currently in favor, while the rejected ones were shut out. Here's how to do the holidays like old-fashioned royalty.