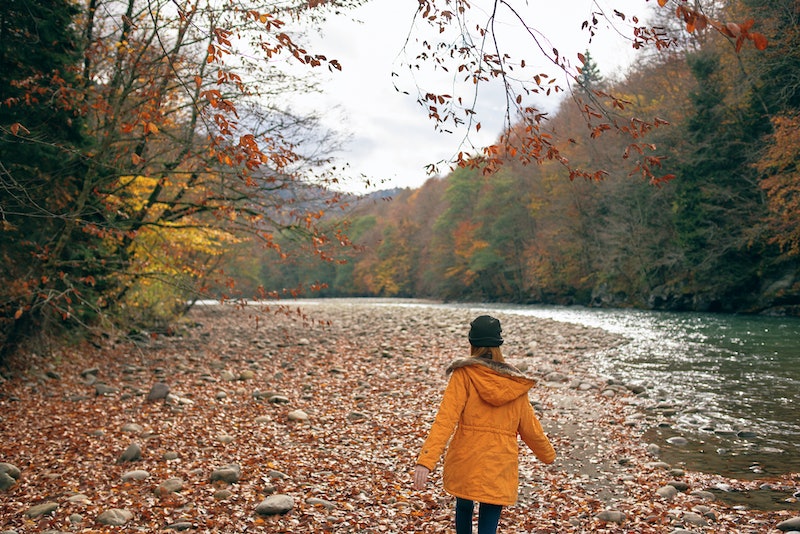 From August 23 to September 22, the sun will move into Virgo season and bring with it a harsh ending to the summer, whether we are ready or not. While certain signs are very sensitive to the Virgo energy shift (which is going to be hugely influential this year) other signs are not as much. The zodiac signs that Virgo season 2019 will affect the least will have a different kind of transformative season. Just because that Virgo energy isn't inspiring them directly, doesn't mean they won't have a lot going on for them, spiritually. Actually, it's the opposite, without any distracting Virgo season energy, these few signs will have nothing but the room to think about the thoughts, issues, and desires they've already been hosting, and not paying enough attention to.

Ideas and feelings that were just on the back burner over the summer are going to come into focus during this time. Just because these signs aren't greatly influenced directly by Virgo, doesn't mean they won't feel the cosmic shift that other signs are experiencing. Think about it this way: if the people who we interact with are having an epic month cosmically, they're feeling confident, productive, inspired and well balanced, we're going to reap the benefits simply from interacting with them. Bustle talked to astrologer Kyle Thomas about this year's Virgo season and the unique ways in which the signs that are least affected, will be affected indirectly.

"You’ll be on your grind at this point in time, Aries. You’ve been having a lot of fun and excitement in your life the last few months, but now is a time to focus on the details of your day-to-day life," Thomas tells Bustle. This shift in energy is going to set you on a productive path, it might be less thrilling that your life over the summer, but it's what you need. "Your health will also be in focus so if you need to find a better routine, you’re in luck. Consider your work-life balance at this time, too," Thomas adds, a reminder we could all use, especially leading up to the fall.

Without any distracting drama in your personal life this season, you’ll be spending a lot of time focusing on your home, your family, and the way you feel about yourself. According to Thomas, "you’ll be a bit extra emotional at this time, which is a little unlike you, so spend some time sorting out how stable your entire life is so that you can reach for all of your hopes and dreams."

Got a book you've been meaning to write? An letter that's past due? According to Thomas, your mind is going to be extra active at this time, so you’ll be interested in writing, speaking, and communicating from the heart. "You may be working on an important project, learning a new skill, or finding yourself needing to find a better way of asserting your opinions. Don’t take a seat back at this time; be courageous in your pursuit of knowledge and new experiences," Thomas suggests, no matter how big or small that pursuit might be.

Essentially, Thomas tells us that you're having a pretty uneventful month, cosmically speaking, so if you have an wounds to heal — emotionally, spiritually, mentally, or spiritually — now is the time to address them. "You’ve been carrying something of immense weight and are ready to release the burden. If you’ve done things to hurt people, you may be seeing karma come back to bite, but if you’ve been living your truth and bringing more happiness to the world around you, you will certainly feel a moment of peace," Thomas suggests, so spend some much-needed time on rest and relaxation you might not get an open space like this again for a while.

As per usual, you’re contemplating how you can expand your horizons. According to Thomas, knowledge of the world and humanity will enrich you the most during this time, especially if you try something daring and new. "There is so much more you are about to learn that will bring happiness and a new perspective to your life, so welcome in people who are different from you or have bold and exotic ideas. You’ll be inspired and able to communicate on a much larger scale going forward," Thomas suggests. Though this kind of attitude might go against your apprehensive nature, it will bring positivity into your life if you push past it.

According to Thomas, though Virgo season won't be complicating things for you, it's going to have a pretty serious effect on your personal relationships — and in a really good way. "You’re feeling more sensual at this time, and thinking about the balance in your relationships. It appears that you’ve been contemplating how you relate to the people around you and things may not have been on the same level ground," Thomas tells Bustle. The key to a healthy relationship is balance between what you give and what you receive, and now is the time you're really going to even out the distribution. "Without heat, metal cannot be forged into steel. Find ways of building connections that will help you for the long-term," Thomas suggests.