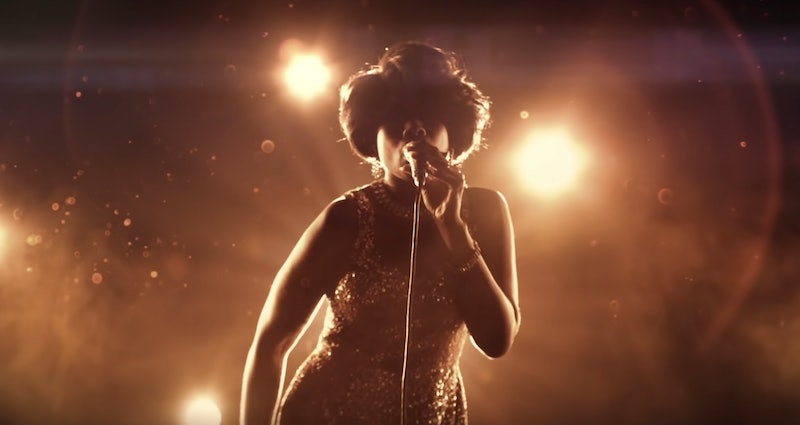 One of the best things about movies is their ability to be used as vessels for sharing stories that might otherwise be forgotten or even completely untold. When those stories are based on or feature the experiences of real life people, it becomes even more important to highlight those films, even if only to take a moment to recognize that a person's life is being served up to a wide, public audience. Biography films (or biopics) serve an important purpose in the industry, and to that end, here's seven biographical films to check out in 2020.

The stories featured here vary wildly, ranging from a chronicle about the life of a legendary singer (Aretha Franklin in Respect) to the story of an acid attack survivor in India (Laxmi Agarwal in Chhapaak). The latter is especially noteworthy, as it features real acid attack survivors, according to Gulf News. While the story itself is quite important, it's almost equally as critical to highlight the fact that people who belong to these marginalized, "othered" groups should be allowed to tell their own stories, ideally by starring in films that purport to speak about them. That said, Deepika Padukone, the film's star, wore prosthetics to fit into her role. So while not an entirely unproblematic film, it still takes a step in the right direction by bringing in real survivors to help highlight their stories.