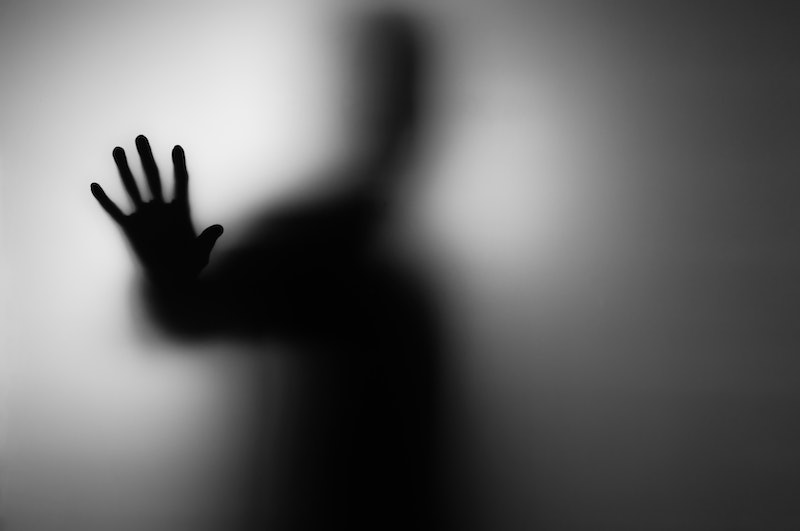 If you followed the Dear David saga on Twitter, or you've seen any paranormal-themed movie, then the idea of being haunted probably terrifies you and intrigues you at the same time. Despite the scare factor, many people are curious about what it's like to encounter the supernatural. The creepiest signs you're being haunted include unexplained sights, sounds, temperature changes, objects moving, unexplained physical injuries, and more. In short, if your ghost isn't friendly, it sounds pretty unnerving, especially if you live alone.

Maybe the haunting is fun at first, like in the movie Poltergeist when the kitchen chairs start rearranging themselves on their own. However, it stops being funny after Carol Anne gets sucked into the TV set. What's more, this movie franchise is rumored to have been cursed with a number of its actors meeting an early demise IRL. Because I've had my own haunting experiences, I'm a believer, and I'm pretty content to shut myself off from the ghost world.

"Sometimes, ghostly hauntings are so intense they make believers out of non-believers. Sometimes, ghosts are so faint that even the most adept and in-tune psychic can't pick up on their energy waves," Kitty Fields, a paranormal writer, explained on Exemplore. So, whether you feel it or not, there's probably a ghost hanging around your pad. But if you fear that ghost is haunting you, be on the lookout for these creepy signs.